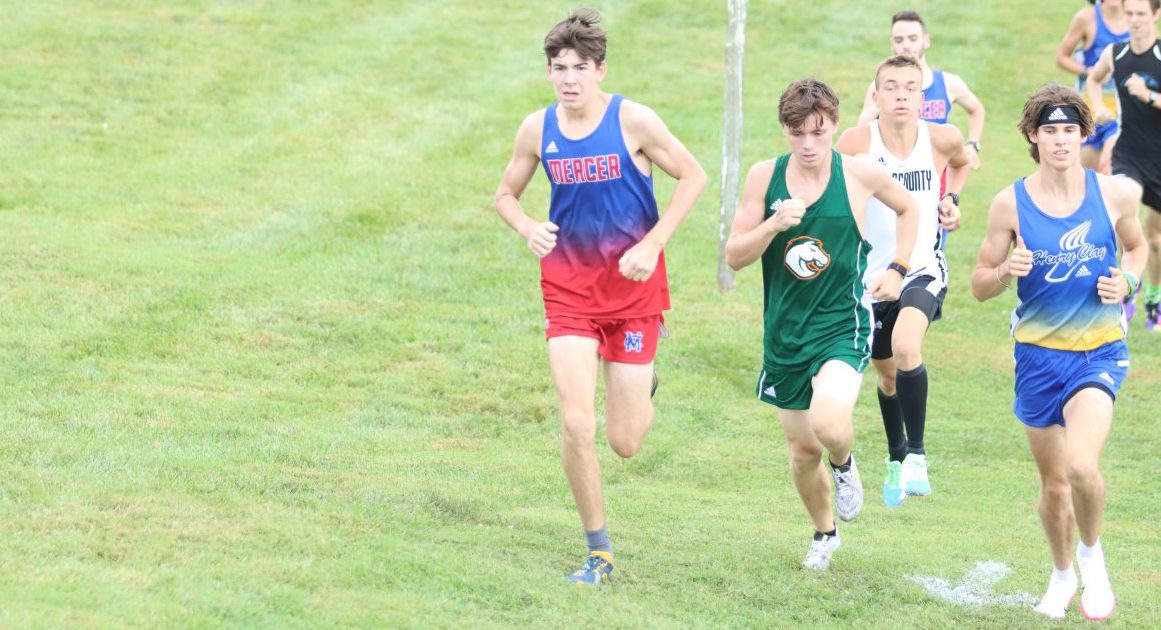 The Harrodsburg Herald/Wesley Bird
Sophomore Marshall Hart finished fourth overall at the E.G. Plummer Invitational with a time of 18:43 on Saturday, Sept. 3.

Both boys teams had great days on the course with Mercer placing third overall behind a fourth place finish from sophomore Marshall Hart. Hart’s time of 18:43 was 30 seconds behind first place and he beat out 85 runners. The Bulldogs placed sixth overall with Brendan Stanley having Burgin’s best finish coming in 26th place.

Both girl’s teams were not full strength for the meet and each had two runners. Katy Lewis finished 33rd overall for Mercer with a time of 27:02 followed by freshman Adriana Polhemus who came in 43rd.

Mercer’s next meet is the Lynn Camp Invitational on Saturday, Sept. 10. The Bulldogs will be at the Woodford County Allcomers Tuesday, Sept. 13.