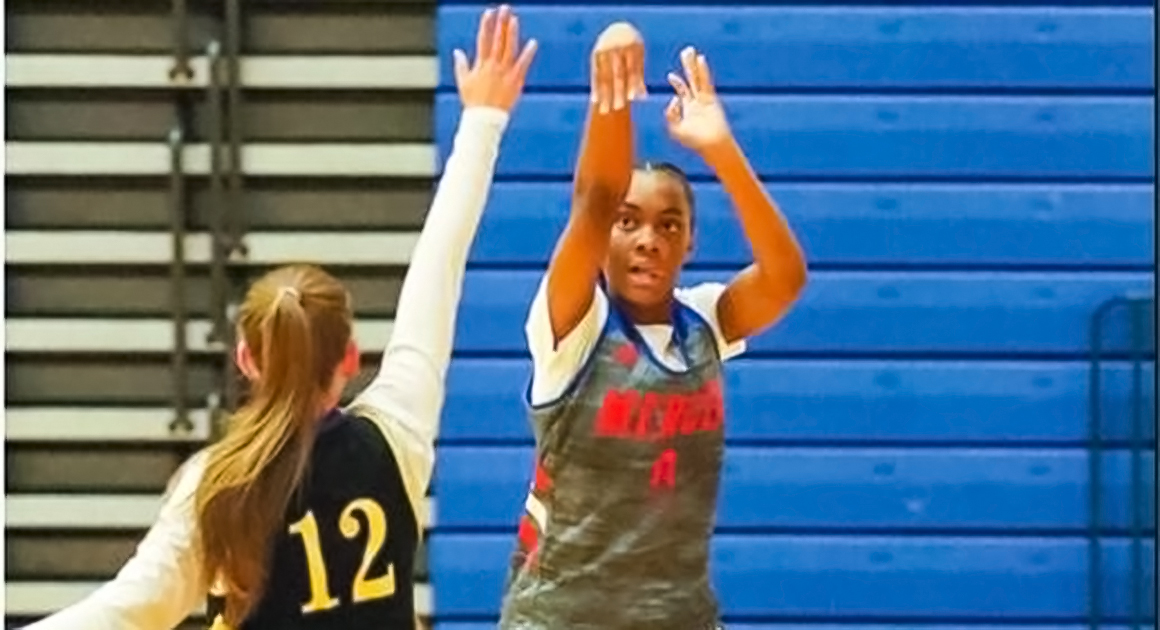 The Harrodsburg Herald/Wesley Bird
Senior Timberlynn Yeast hit two three-pointers and finished with a game-high 18 points in the Titan girls’ wind over Somerset on Monday, June 13.

The Mercer County Titans girls basketball team had their second night of summer basketball with a 57-30 win over the Somerset Briar Jumpers Monday, June 13.

The Titans were led by Timberlynn Yeast and her 18 points. Mercer hit 10 3-pointers with four players hitting multiple shots from behind the ark.

Timberlynn Yeast got the scoring started with a 3-pointer with an assist from Anna Kate Drakeford, 3-0. Sara Dunn hit two outside shots in back-to-back possessions to give the Titans a seven point lead, 9-2. Timberlynn Yeast attacked inside and found Lindsay Jessie alone for the easy basket after a Somerset 3-pointer, 11-5.

The Titans went on a streak of outside shots with Teigh Yeast, Timberlynn Yeast, and Hope Lanham all knocking down 3-pointers, 22-10. Somerset hit two of their own triples, but a steal from Teigh Yeast resulted in a Drakeford layup at the other end, 25-13.

Timberlynn Yeast hit a bank shot from the elbow and found Jersey McGinnis under the basket for a quick four points for Mercer, 29-16. Lanham and Teigh Yeast hit two more 3-pointers and Jessie scored two points from free throws to end the half up, 37-20.

The Titans’ next summer ball home matchups are against Nelson County at 5 p.m. and Bullitt East at 8 p.m. on Monday, June 20.