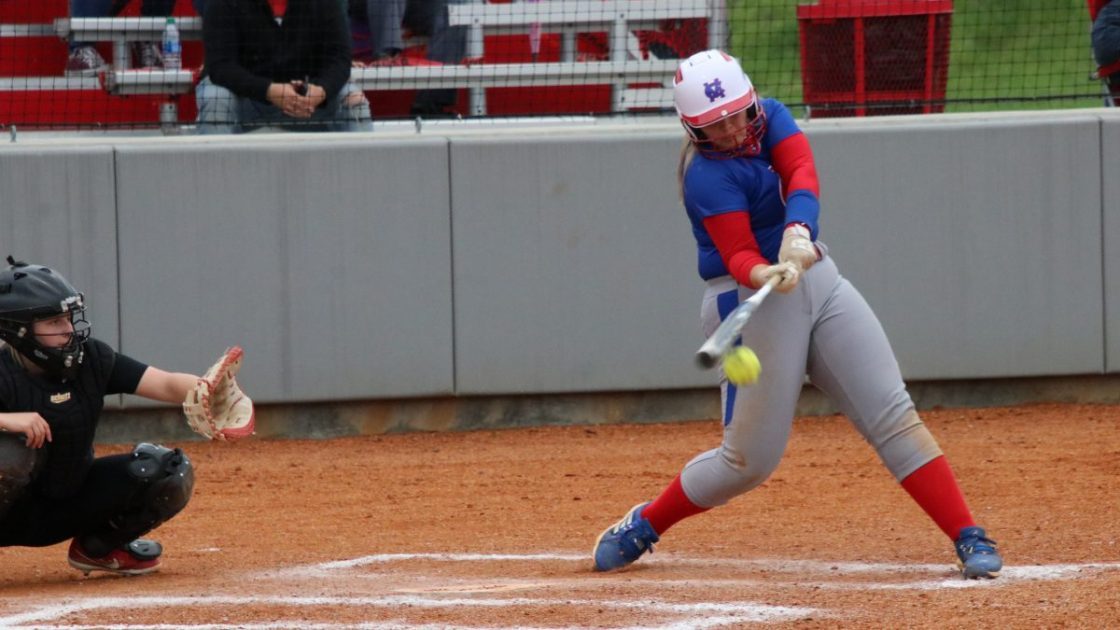 The Harrodsburg Herald/Myron Ellis
Senior Brooklin Burgess hits a grounder during Mercer’s game against Boyd County Saturday during the Tri-State Showcase in Ashland.

The Mercer Lady Titans softball team traveled to Boyd County to play two games in the Tri-State Showcase on Saturday. Mercer played host Boyd County in the second game and while they were able to get seven hits, they were only able to turn them into three runs. Mercer was unable to get a timely hit with runners in scoring position and ended the game stranding 10 runners on base.

Senior Ry’Ann Tharp reached base with two outs in the first inning on a hard hit ball to third base and stole second, but Stevie Shepherd couldn’t make contact to bring her in and ended the inning with a strikeout.