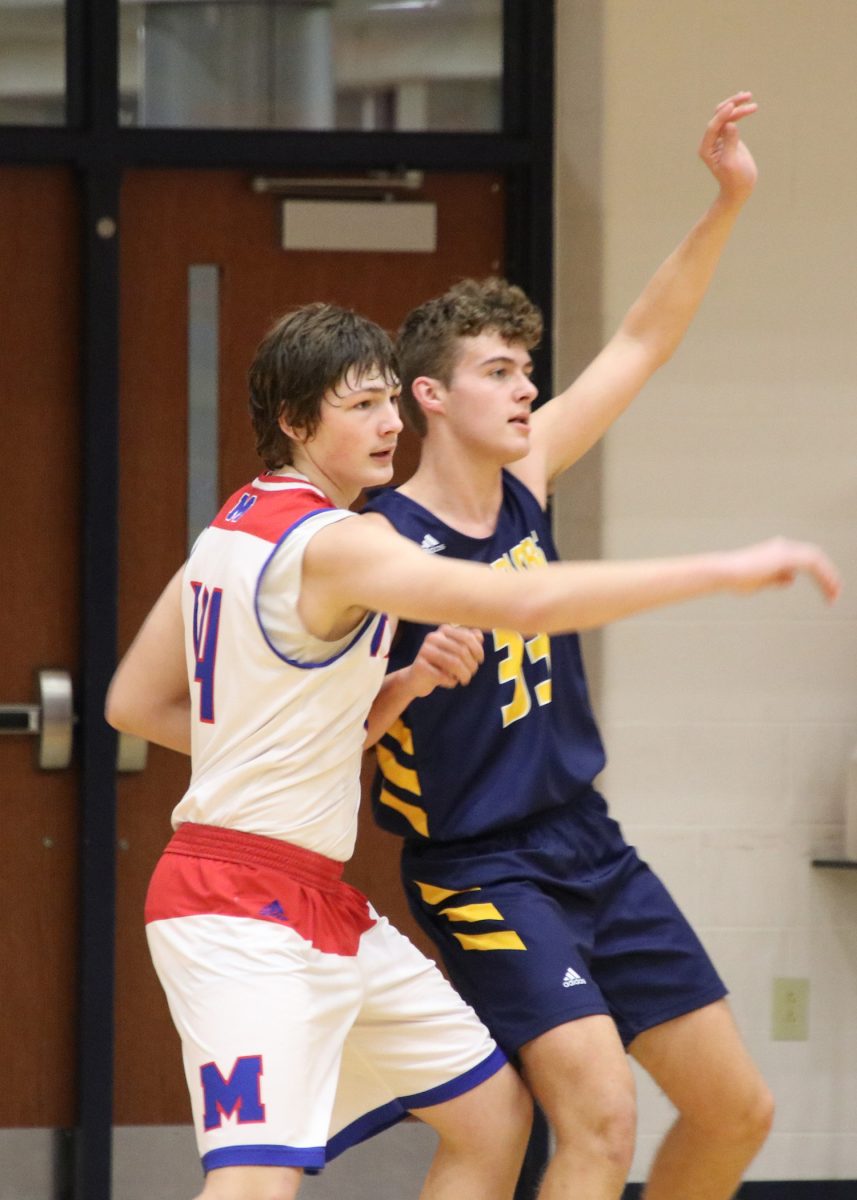 Trevor Ellis of Mercer battles for position against Noah Myer of DCA. (The Harrodsburg Herald/April Ellis).

Herald Staff
sports@harrodsburgherald.com
The Danville Christian Academy Warriors (3-3) made the short trip to Mercer County last Tuesday and faced the Mercer County Titans (3-0). The Warriors hit nine 3-point shots, but it wasn’t enough to get past the Titans’ defense and lost the game, 53-35.
Mercer sophomore Evan Hart scored the game opening shot and sophomore Seth Caton went on the blitz attack and the Warriors went down 6-0 in the first minute and half of play.
DCA’s Billy Inman hit a 3-point shot, followed by a basket from Titus Boyd and at the 3:28 mark, the Warriors had cut the lead to six, 11-5. DCA didn’t score again the remainder of the quarter and the Titans lead 15-5 at the end of the first.
DCA Head Coach Don Story called a timeout with a little over a minute of the second quarter after the Titans hit two shots and expanded their lead 19-5. Mercer struggled to rebound and junior Brenden Wright hit DCA’s second three for the night, followed by a 3-point shot by teammate Noah Imfeld.