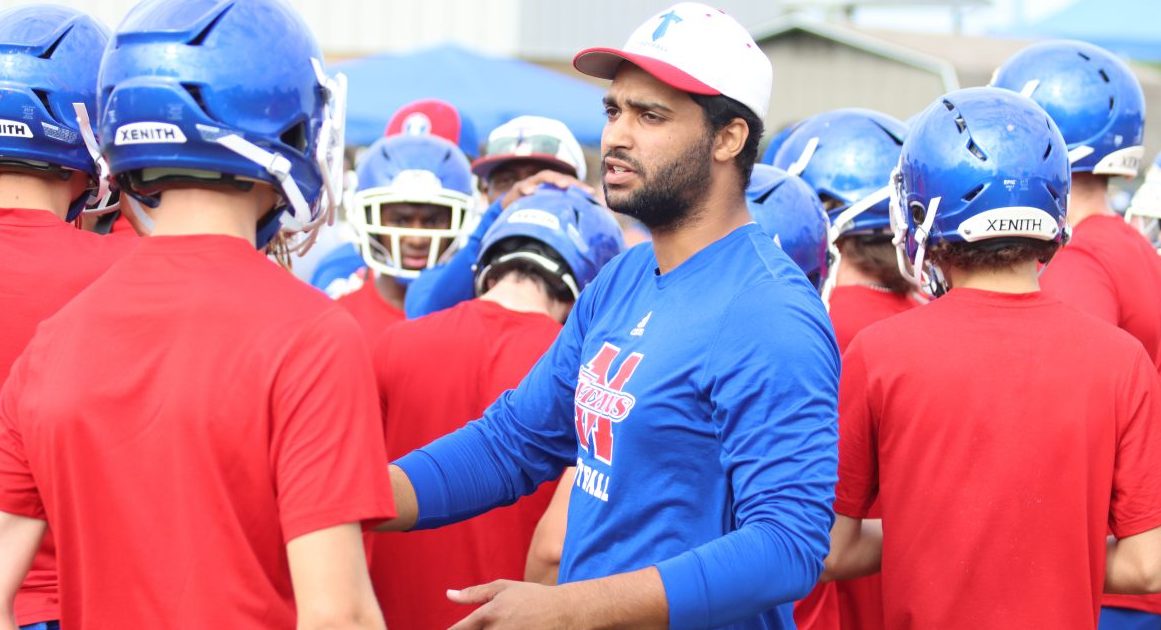 The Harrodsburg Herald/Wesley Bird
The Mercer County Titans Assistant Football Coach Chris Crawley-Goodman has gone from lead the Titans on the field to coaching them from the sidelines.

A 2014 Mercer County Senior High School graduate, Chris Crawley-Goodman, led the Titans on the football field and is now helping them win from the sideline going into his third season as a Titans assistant football coach.

Crawley-Goodman was a star in the Mercer athletics program through his four years of high school, 2010-2014. He spent four seasons on the diamond for Mercer winning over a 100 games and helping the team make it to two KHSAA state championships. Crawley-Goodman also led the Titans football team to one of their best wins in the programs in the last ten years when he helped take down the Boyle Rebels in the second round of the Class 4A playoffs.

His junior year of football, he had nine carries for 152 yards and two touchdowns while, also hauling in 16 passes for 372 yards and two receiving touchdowns. He also contributed on the defensive side with 53 tackles and took both a fumble and interception to the house. Crawley-Goodman played in 10 games and Mercer finished the year 6-5 with a first round exit to Knox Central.

His senior season he started the year as wide receiver and corner for the Chris Pardue led Titans. Five games into the season Mercer lost their starting quarterback, Drew Davis, and Crawley-Goodman took over. A natural leader and captain on the team, he still played both sides of the ball often leading the team in passing and rushing while still playing defense.

In Mercer’s first round matchup against Knox Central, Chris and the Titans avenged the 2012 loss with a 31-14 victory. He threw for 79 yards, rushed for 165 yards and four touchdowns, had five tackles and returned an interception 35 yards.