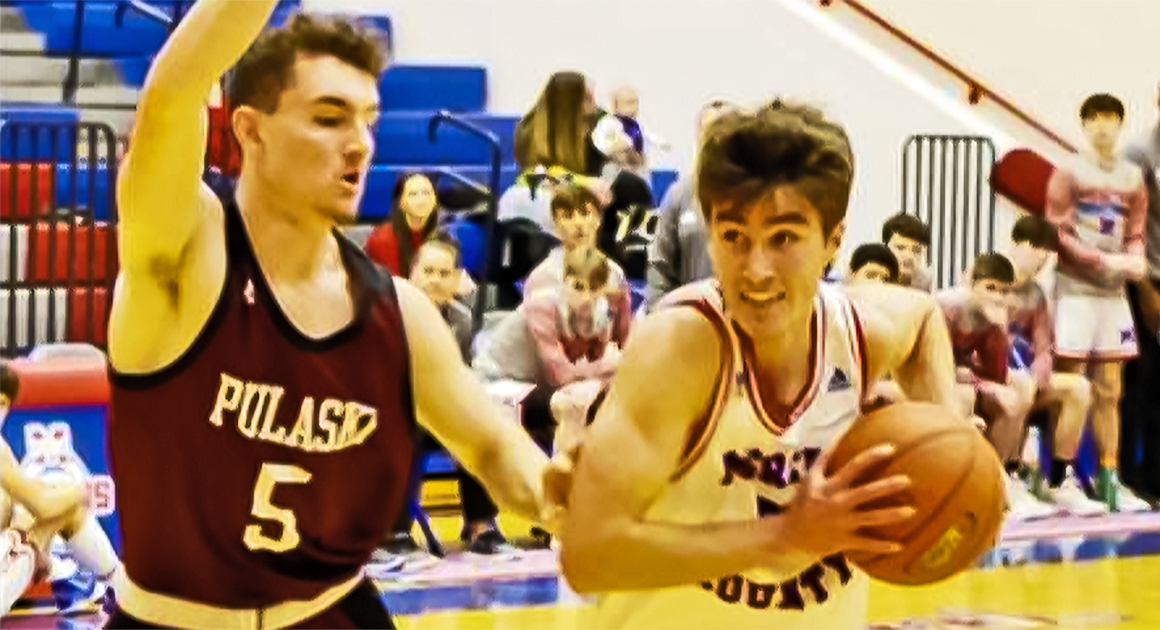 The Mercer County Senior High Titans (7-9) faced 12th region favorite Pulaski County (16-2) Saturday night, Jan 21 in a close, hard-fought game that almost ended in an upset. With three minutes to play and only up one point, the Maroons pulled away from the Titans, 71-64, who continue to struggle with turnovers when the game is on the line.

Mercer came out strong, opening with buckets by freshman Ashton Drakeford and sophomore Trevor Ellis. Throughout the game, Pulaski would edge out a few points and Mercer would fight back, keeping the score close. Junior Thaddeus Mays hit a 3-point shot to tie it up, 7-7.

Pulaski senior Cayden Lancaster who is shooting 37 percent from the 3-point line so far this season, dropped two-in-a-row from behind the arc. Mercer wasn’t rattled and junior John Lincoln Perry found Ellis in the middle and then added two of his own from the foul line. Mays tied the game up again, 15-15, after converting a steal into a layup. However, Pulaski went on a seven-point scoring run to end the first quarter up, 22-15.