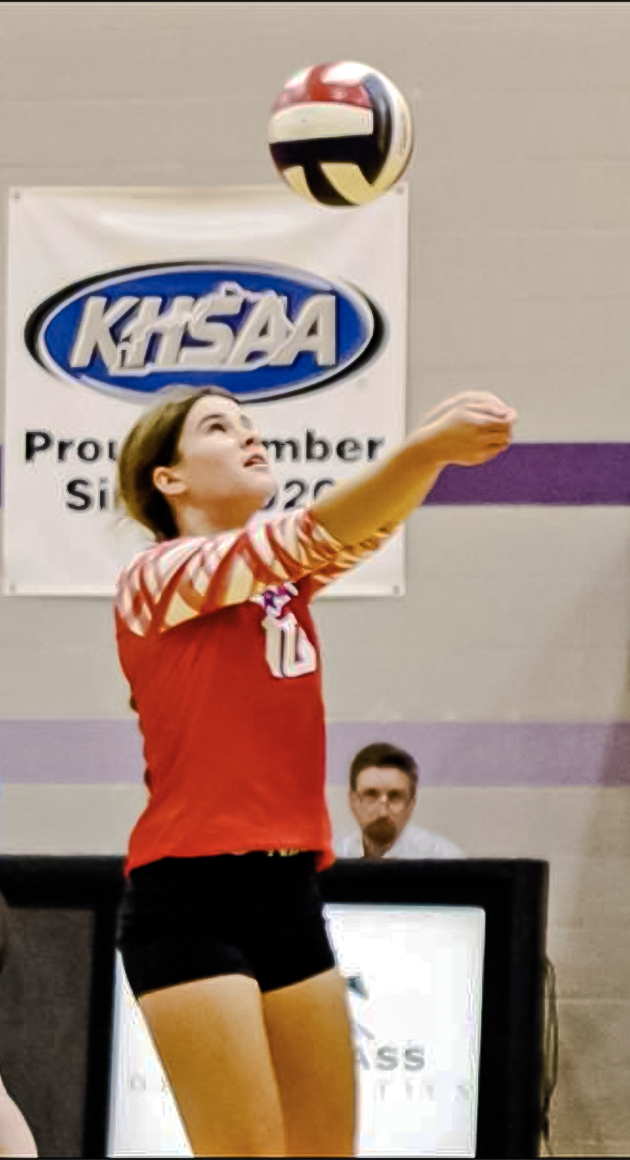 Mercer volleyball fell to district newcomer Trinity Christian for the second time this season on Thursday, Sept. 29. Mercer fought back after loosing the first sets 25-8 to win the second, 25-23.  Trinity was fundamentally sound and too much for Mercer who lost the next two sets,  25-15 and 25-19.

Mercer had senior hitter Jamesyn White back at the net for this game, but unfortunately it wasn’t enough. Trinity had stellar serving. Mercer struggled with the serve, unable to get a good pass to their setters. Sets were off the net and Trinity angled perfectly for the block. They jumped out 12-0 on Mercer.

White finally put Mercer on the board with a spike, followed by a hard hit from Jai Piazza for another point. Piazza scored from the service line, but Trinity got the side out with a smartly placed dink. Trinity continued to be in all the right places and either block or return whatever Piazza and White could give them from the line. Mercer dropped the first game 25-8.

The second set started out much like the first and Trinity lead 5-0, until senior Madisynn Griffin faked out the blockers with a dink and found a hole in their defense, 5-1. Kallise Gammon had a monster dig, but it wasn’t enough for the side out. Trinity was called on back-to-back double hits and Mercer began to claw their way back into the game 8-5.

Piazza found her rhythm and started to punish Trinity from the net with two solid hits, but was called for a net violation on the third. Ralasia Piazza found some space between the blockers and earned the side out. The momentum slowly started to sway Mercer’s way when Grayson Perry set Teigh Yeast for the point and J. Piazza won a few more points from the service line and brought the game within one, 14-13.