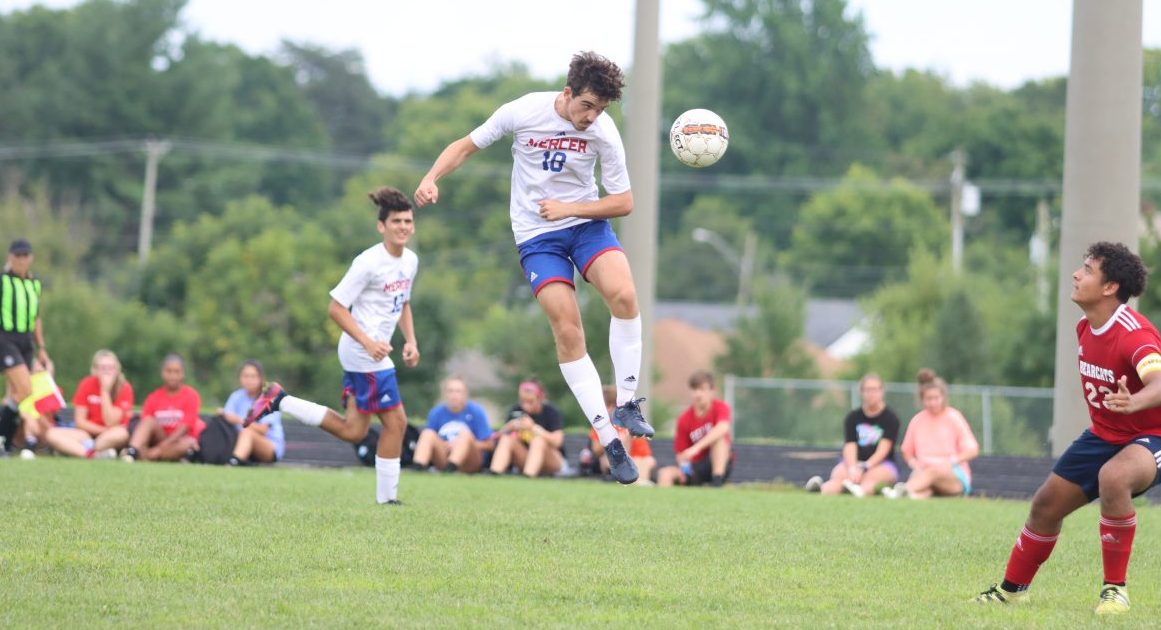 The Mercer County Titans soccer team did not begin their season exactly as planned. Their home opener against Anderson County was rescheduled to the next day Aug, 10 in Anderson County, where the Titans won 2-1.

The Titans leading defender Beau Brown missed the match due to a suspension in a scrimmage against Lafayette. Sam Walls and transfers Taylor Wright and Brock Keller also missed the match with senior playmaker Forte Bess getting limited action after recovering from injury.

Many underclassmen played throughout the game and some varsity players played out of position to accommodate the missing players. Sophomore Luis Osoy played in midfield and freshman Grayson Guerra and Jack Gammon featured in their first varsity game.

The Titans moved the ball down the wing well and found themselves ahead 1-0 at the 21 minute mark after a low cross from Troy Diaz-Ward rolled onto the foot of junior midfielder Liam Potts who smashed it into the roof of the net. Bess rounded Anderson’s keeper in the 31′ and sent a low cross to the far post finding Guerra, who doubled the Titans lead.

Mercer’s next game is another region game at Southwestern with the match starting 7:30 p.m. Thursday, Aug. 18.