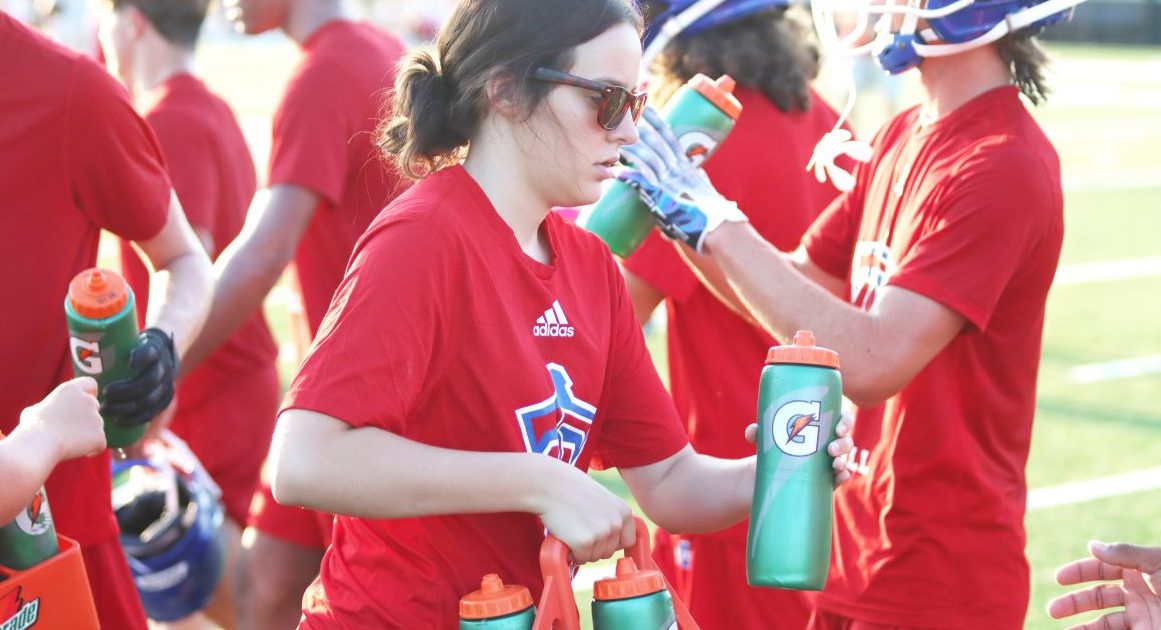 The Harrodsburg Herald/Wesley Bird
Anna Weaber helps the football, baseball and boys basketball teams with the day-to-day grind of practice and makes sure everything runs smoothly.

It takes a village for a sports team to not only play a game, but to achieve success. From parents, booster clubs, coaches, bus drivers and everyone else involved to make a team there are unsung heroes who smooth out the rough edges and make the day to day grind easier.

Anna Weaber is just that and more. She may not get the credit the star athletes do or have her name called out in the big moments, but she is as much a part of the Titan athletics program as anyone else. Weaber serves as the team manager for the football, baseball and boys basketball teams. She also assists Mercer’s athletic trainer Cat Young with the rehab of athletes.

Weaber’s normal day consists of two to three practices from different sports team where she is in charge of water, getting ice for hurt players, way too many loads of laundry and making sure everything is ready for practice. A good team manager is a hot commodity at the high school level and an under valued assist.

“Kids like Anna are a huge asset to any athletic program. Most kids want to be in the limelight, but Anna puts others first and is crucial in helping our program succeed,” said assistant football coach David Carpenter.

Weaber knew at an early age that playing sports wasn’t her calling, so in the sixth grade she reached out to the middle school boys  basketball coach to ask if there was a place for her on the team as a manager. She was inspired by her aunt at the time who was the manger of the year in Maine.

With five years of experience Weaber has done it all as a manager, but her favorite part of the job is the connections she has made along the way.

“The connections mean a lot like Cat, she is a great mentor and I wouldn’t have known her without being around sports,” said Weaber.