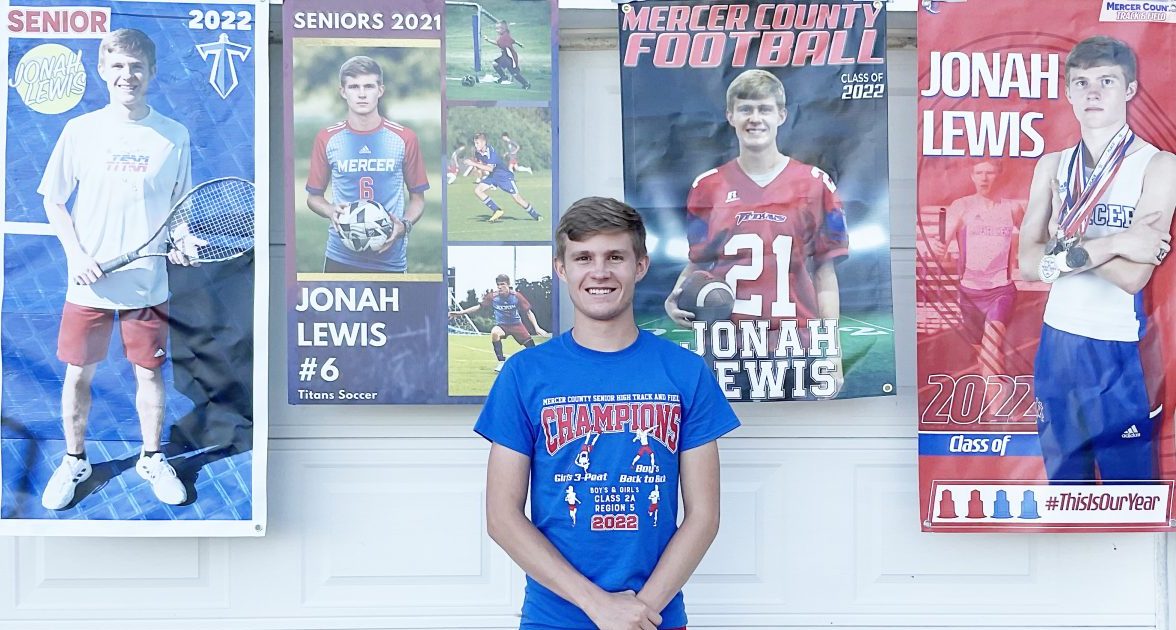 A lot of kids play high school sports and some play multiple, but very few can play and contribute to four varsity teams in one year. Mercer County had one athlete play for four teams their senior season. Jonah Lewis kicked for the football team, played defender for the soccer team, was the second seeded singles player in boys tennis and helped the boys track team win another state title.

Lewis grew up playing soccer and played for the Mercer team all four seasons in high school playing mainly on the defensive side of the ball. All four years he was on the team they competed in the 12th Region tournament.

His senior year he decided to  kick for the football team instead of running cross country. Lewis’ friend Trosper Buchanan asked him to come out and be the Titans’ place kicker. Jonah excelled, hitting 37 extra points and helping the Titans make it to the second round of the Class 3A playoffs and finish 9-3 in Head Coach David Buchanan’s final season.

Lewis started playing tennis in the sixth grade and served as the Titans boys tennis team second seed single this past season. He finished the year with an 8-2 record and had the most wins of all boys’ single players on the team. Unfortunately, he was sick during the 12th Region tournament and was unable to compete.

Lewis’ favorite sport of the four was track and field and for good reason. Lewis started running track his freshman year and helped the team score their only two points in his first state meet in 2019 on the 4×800 meter relay team.