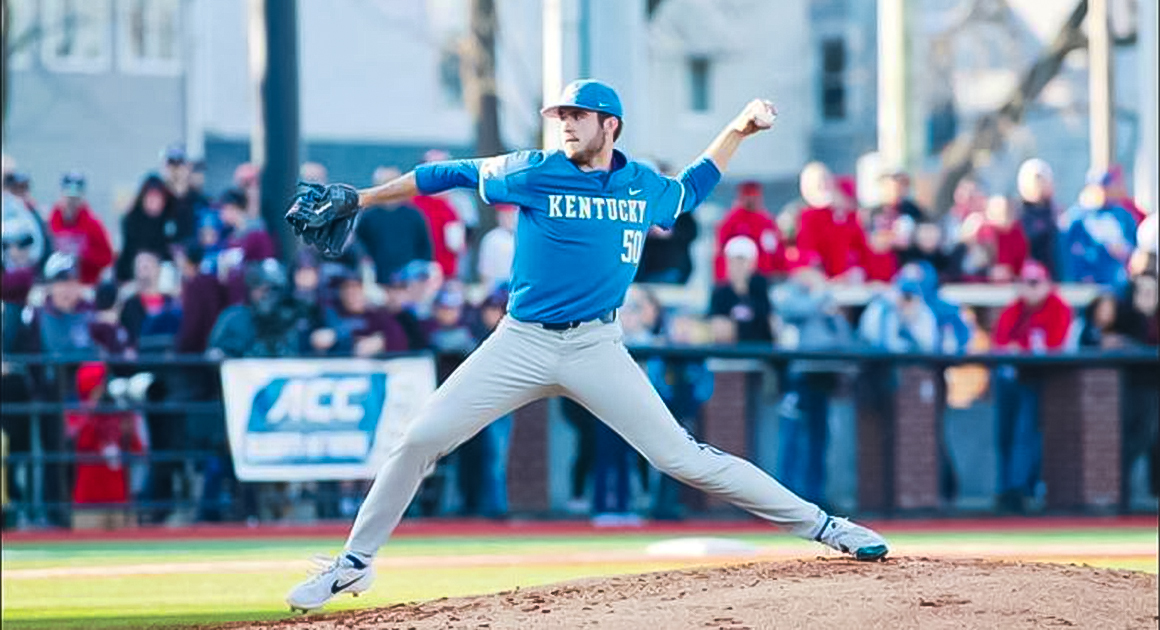 Photo Submitted
Southpaw pitcher Mason Hazelwood pitched 10 games for the UK Wildcats in his final season, but his impact on the Lexington community was just as big.

Former Mercer County Titan and left handed pitcher for the University of Kentucky Wildcats Mason Hazelwood returned to play one final award winning season for both his on field play and off field service.

Hazelwood was first awarded the Blue Heart Award at the 20th annual “Catspy” awards. The award is given to an athlete that overcomes an injury to return to action and make significant contributions to their team. He also was selected to represent the entire Kentucky athletic program as the male representative for the 2022 Brad Davis Community Service Award.

Hazelwood played for the Mercer County baseball team from 2014 to 2017 and finished his career as a Titan with an overall record of 75-49. He was named First-Team All-State in 2017 and still holds the Mercer school record for most strikeouts in a single game with 17. The 6-foot-5 lefty was ranked as the 13th overall prospect in Kentucky coming out of high school and chose the Wildcats to fulfill his childhood dream of playing for them one day.

As a true freshman, Hazelwood appeared in 18 games and registered 19 strikeouts to 14 runs. He got his first career win as a pitcher against Murray State  on May 5, 2018. Sophomore year he pitched in 13 games for Kentucky and registered 39 strikeouts to 21 runs across 39 innings. As a junior, Hazelwood appeared in four games where he struck out 27 batters and had an ERA of 1.64. His senior year started off strong with a career night against Georgia State where he struck out 12 batters. Hazelwood saw action in six games and recorded 32 strikeouts to seven runs across 25 innings.