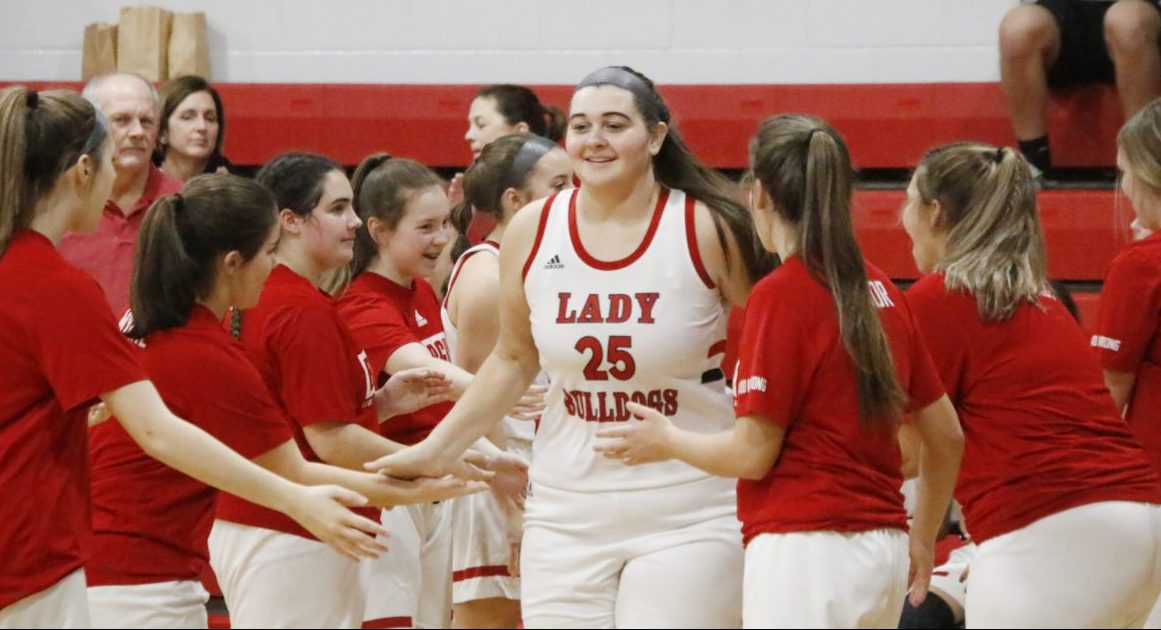 The Harrodsburg Herald/Wesley Bird
Brynn Simpson plans to continue her education and basketball career as a Pioneer with CU-Harrodsburg. Simpson joins the team as the second tallest player on the roster.

The Campbellsville University Harrodsburg Lady Pioneers basketball team placed fifth in the NCCAA tournament and have picked up a local commit. The Burgin High School senior Brynn Simpson who had offers to play across the state of Kentucky decided to choose the Lady Pioneers.

Simpson is coming off a senior year where she averaged 7.5 points with a shooting percentage of 39.6%. She did most of her scoring in the paint totaling 150 points on the year and went 32 out of 52 (61.5%) from the free throw line.  In her 20 games, she also averaged 4.7 rebounds for a total of 94 on her way to helping the Bulldogs go 8-21 in her final season, but the team was forced to forfeit several games due to COVID protocols.

In her career at Burgin, Simpson played five seasons including some time as an eighth grader. Her Bulldog career consisted of 392 points scored and she hauled in 374 rebounds.

Coach Brian Tribble had high praise for Simpson. “She is a true center with excellent footwork and a soft touch around the rim,” Tribble said. “Her impact should be immediate as she is extremely coachable with a get it done mentality.”

Simpson is excited to be joining the Lady Pioneers team who just made a deep post season run.

“I’m excited to add more height to this team,” she said.

Simpson is excited to be staying close to home.

“It’s home,” she said. “The security of being close to home is one of the biggest factors that played into my choice, as well as how I already feel like family on a team, I’m just becoming a part of.” Also adding in “the first time I met the team, they all welcomed me without even knowing my name yet. The whole atmosphere of campus feels like one big family that I’m so excited to be a part of.”