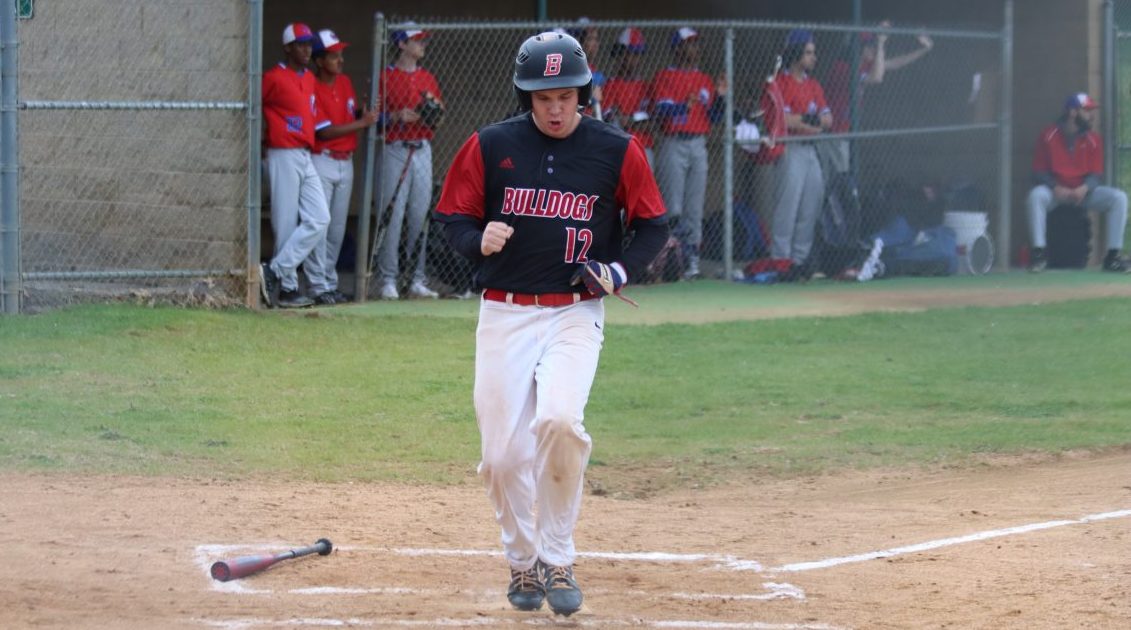 The Harrodsburg Herald/David Carpenter
Hunter Reed crosses home plate in Burgin’s 7-2 win over St. Francis on Friday, March 18. Reed finished with two hits and two runs for the Bulldogs, who opened the season 4-1.

The Burgin Bulldogs have started the season off strong winning four of their first five games of the season. The Bulldogs won their first home game, 7-2 , Friday, March 18 against St. Francis after defeating Waggener and Somerset Christian on the road.

Aaron May started on the mound for the Bulldogs. The game was tied at two with Burgin batting in the bottom of the fifth when Hunter Reed tripled on a 2-1 count and scored one run.

In the bottom of the first inning St. Francis had two early runs. Noah Broce earned the first out when he caught the runner at first on a grounder and May struck out the last two batters.

In the top of the first, good base running put Burgin in scoring position after Jacob Qualls was walked, Reed hit a hard ground ball to short and Broce singled on a line drive to right field. The game was tied 2-2. Burgin then went three up, three down, as Eli Newby flied out to right field, Aaron May struck out and David Lynn grounded to the short stop.

In the top of the second, St. Francis’ K. Htoo singled on a ground ball, but he wouldn’t make it to home. After striking out one, Qualls hummed one from behind the plate to catch him stealing second and May finished it up with another strike out.

Burgin struggled at the plate with J.T. Boswell getting their only hit. The game remained 2-2.

Burgin’s infield were steady gloved and took down three batters for three quick outs. However, St. Francis returned the favor when the Bulldogs stepped up to the plate.