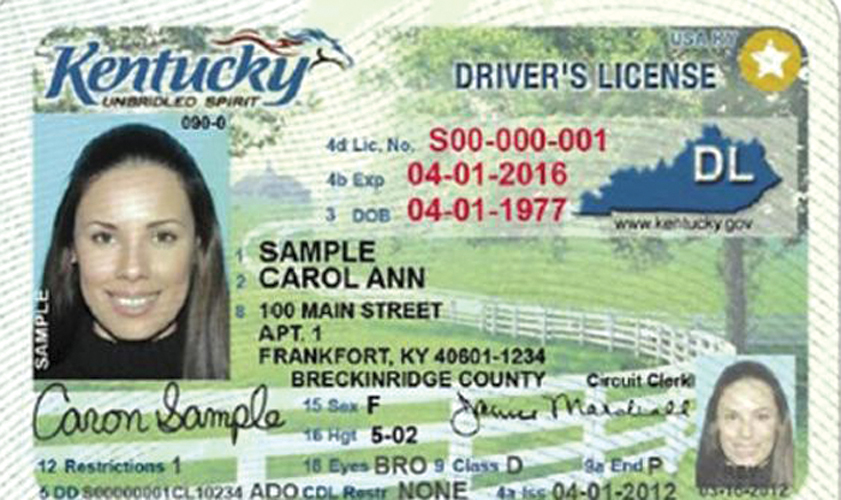 The state has opened a regional drivers licensing office in Danville.

On Monday, Gov. Andy Beshear and the Kentucky State Police announced a regional driver testing branch in Danville will serve Kentuckians in Boyle and Mercer counties who wish to obtain a state driver permit or driver license.

The new office is at 1714 Perryville Road in Danville. It is the 22nd KYTC Driver Licensing Regional Office to be opened to date, with more offices planned. Like the other regional offices, it will process applications for REAL ID and standard-issue driver’s licenses, commercial driver licenses, identification cards and learner permits. It also will process in-person renewals and requests for replacement credentials. Operating hours will be Monday through Friday, 8 a.m. to 4 p.m., according to a state press release.

Because of renovations inside the building, service temporarily will be by appointment only. Customers can schedule an appointment online at drive.ky.gov. Once renovations have been completed, the office will take walk-in customers on a first-come, first-served basis.

It was previously announced that the Mercer Circuit Court Clerk’s Office will cease licensing services on Friday, March 25. Mercer Circuit Clerk Allison Buchanan said the employee who  handles driver’s licensing will be coming over to work in her office.

According to the Kentucky Transportation Cabinet, the state will continue offering the option of a standard driver’s license, but a REAL ID or other form of federally approved identification, such as a passport or military ID, eventually will be needed by people 18 and older for boarding commercial flights and accessing military bases and federal buildings that currently require identification. Federal enforcement is scheduled to begin May 3, 2023

The transition of licensing services by KYTC was mandated with passage of House Bill 453 during the 2020 Kentucky General Assembly. The state government hopes to complete the transition by June 30.

“One of the benefits of regionalization is increased availability of testing services,” said Capt. Marshall Johnson, the KSP commander of driver testing. “New appointments will be posted daily at 8 a.m., Monday through Friday, and this availability is the product of regionalizing our services.”

Prior to an appointment, new drivers should prepare for the exam by accessing the only approved Kentucky driver’s manual or through the official KSP mobile app, ‘kspolice’. All driver testing materials can be viewed and downloaded free of charge.

Successful testing applicants will be served the same day by KYTC Driver Licensing Regional Office staff to apply for a permit or license, based on capacity and time of day, without scheduling a separate appointment.

First-time application for a REAL ID must be made in person at a Driver Licensing Regional office. Specific documentation is required. A list of acceptable documentation and a link to take an interactive quiz that populates a personalized list of documents is on the IDocument Guide available online at drive.ky.gov.

To date, more than 102,000 Kentuckians have skipped a trip to a regional office by renewing their current license online, and more than 6,400 have done so by mail.

For more information about the Danville Regional Office, email KYTC.DDLDanville@ky.gov.