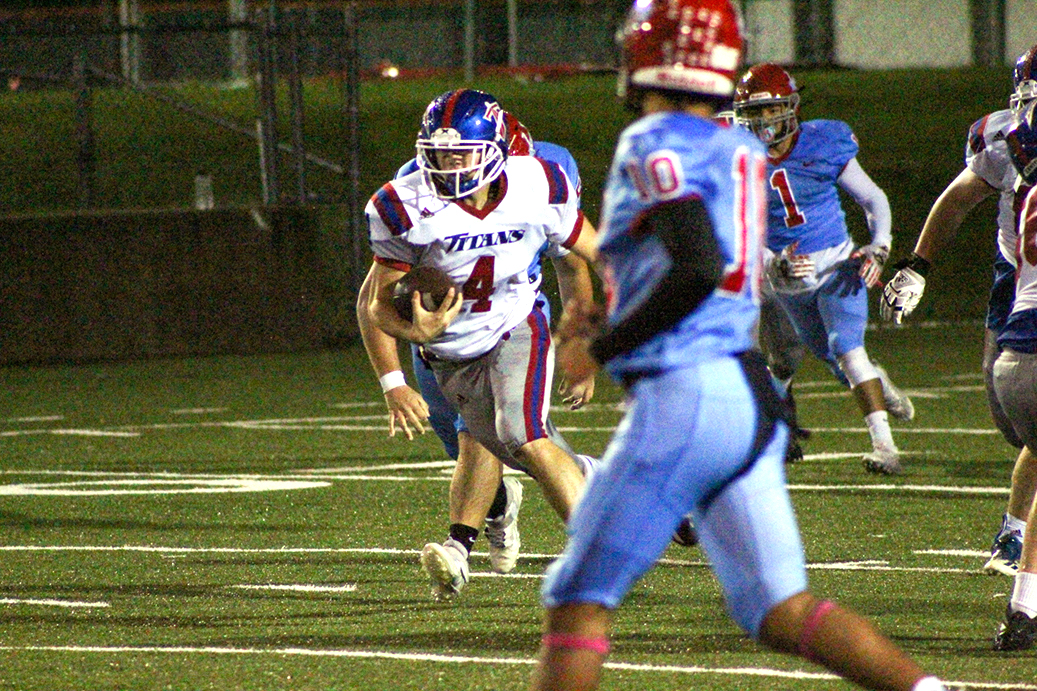 The Mercer County Titans football team (8-2) wrapped up their 2021 regular season with a 36-0 win over the West Jessamine Colts (4-3) Friday, Oct. 29. Mercer has never lost to West Jessamine and hasn’t allowed the Colts on the scoreboard since 2018. This was the tenth matchup between the two schools dating back to 2011. The Titans have won all 10 games out scoring the Colts 377 to 144.

The Titans received the ball to start the game and began their first possession on their own 29 yard line. Senior Brayden Dunn picked up a hard earned first down to get the Mercer offense going. Trosper Buchanan’s first throw of the night was a beautiful pass down field to Riley Peavler for 41 yards. Two penalties backed Mercer up, but they were able to get past the sticks with a 13 yard catch and run from Thaddeus Mays and a seven yard toss play to Dunn. The Titans would get on the scoreboard first with a five yard rush up the middle from Dunn, 0-7. Jonah Lewis would add on the extra point, he was four for four on the night bringing his season total to 31 of 33.

With good coverage on the kickoff Mercer was able to pin the Colts on their own 18 yard line. The Titan defense made short work of the Colts forcing a punt after four rushing plays.

Back on offense Buchanan found fellow senior Aaron Caton on a middle screen that he took for 25 yards. Jackson Peavler followed it up with a hard run to pick up 12 more yards. The Titans drive would stall out around mid field with some incompletions and a penalty. Beau Brown took over the punting duties for Mercer and his first one couldn’t have gone better as it was downed at the two yard line by Riley Peavler.

Working out of their own endzone the Colts went with two rushes gaining two yards and an incomplete pass on third down brought in the punt team. The West Jessamine punt went a total of 12 yards and Jackson Peavler was able to pick it up and advance it to the four yard line. The Titans scored the next play with a four yard run up the middle from Jackson Peavler, 14-0.

For the rest of the story, including individual statistics, check out this week’s issue of the Harrodsburg Herald. Click here to subscribe.