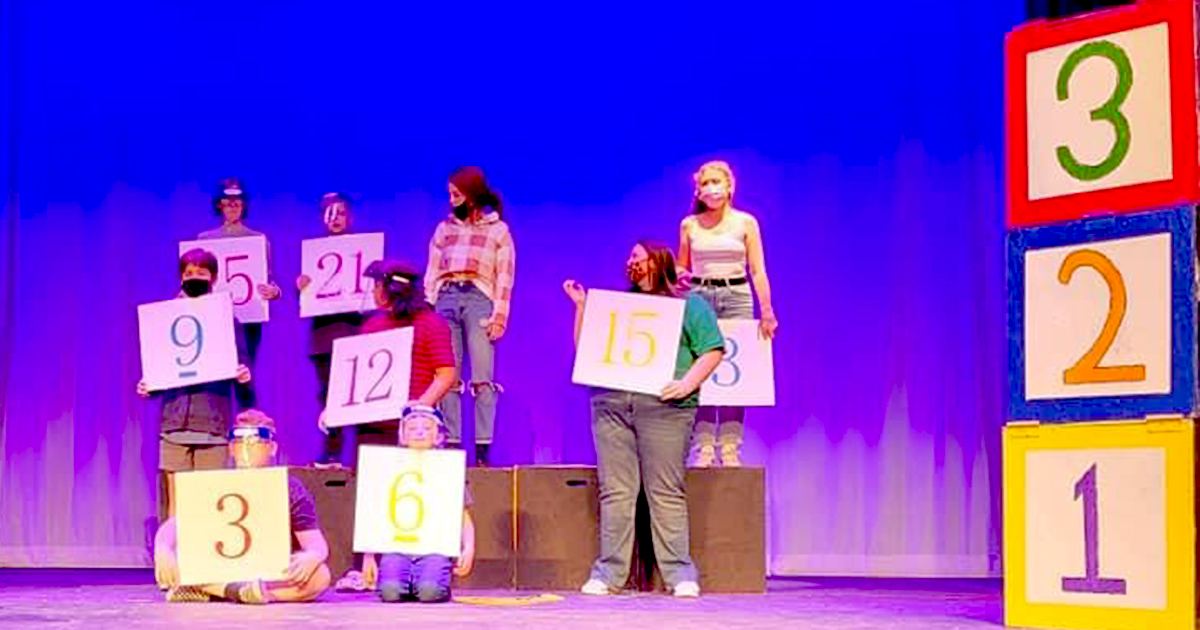 Photo Submitted
The cast of Ragged Edge’s production of “Schoolhouse Rock Jr. Live” work out the difference between a conjunction and an interjection. The musical premieres Friday, Nov. 12.

Theatergoers of a certain age may need a trigger warning when Ragged Edge Community Theatre’s production of “Schoolhouse Rock Live Jr!” begins its two-week run. You may struggle with an overwhelming sense of well-informed nostalgia.

For those of us at a certain age, Schoolhouse Rock!—a series of 64 educational short films that ran during Saturday morning commercial breaks for over three decades—are as foundational as the multiplication tables. For many of us, it’s how we learned the multiplication tables, as well as how conjunctions combine phrases and things (“Conjunction Junction”), the planets in the solar system (“Interplanet Janet”) and how a bill becomes a law (“I’m Just A Bill”).

“They took all of the Saturday morning shorts, they gathered them all together and turned it into a live stage musical,” explained Allan Barlow, managing director at Ragged Edge.

“It is going to be very bright, with lots of action,” Barlow said of the production, which is directed by Liz Meredith. “It’s going to be a very high energy and entertaining show.”

Although the original shorts are still available online, they haven’t run on network TV for decades. But that doesn’t mean they’ve been forgotten.

“The response from schools has been really positive,” Barlow said. “The teachers immediately jumped on it.”

The idea behind the original series, which was created by advertising executives George Newall and Tom Yohe, was to use the power of advertising to instruct children in the basics of education in the same way McDonalds taught everyone what the ingredients of a Big Mac were.

The real genius behind the long-lasting success of “Schoolhouse Rock!” was composer Bob Dorough, who wrote, alone or in collaboration, some of the most fiendishly devised earworms of the 20th century.

Barlow said all of your favorites, such as ” Three Is a Magic Number,” “The Shot Heard Round the World” and “Interjection!” will all be there.