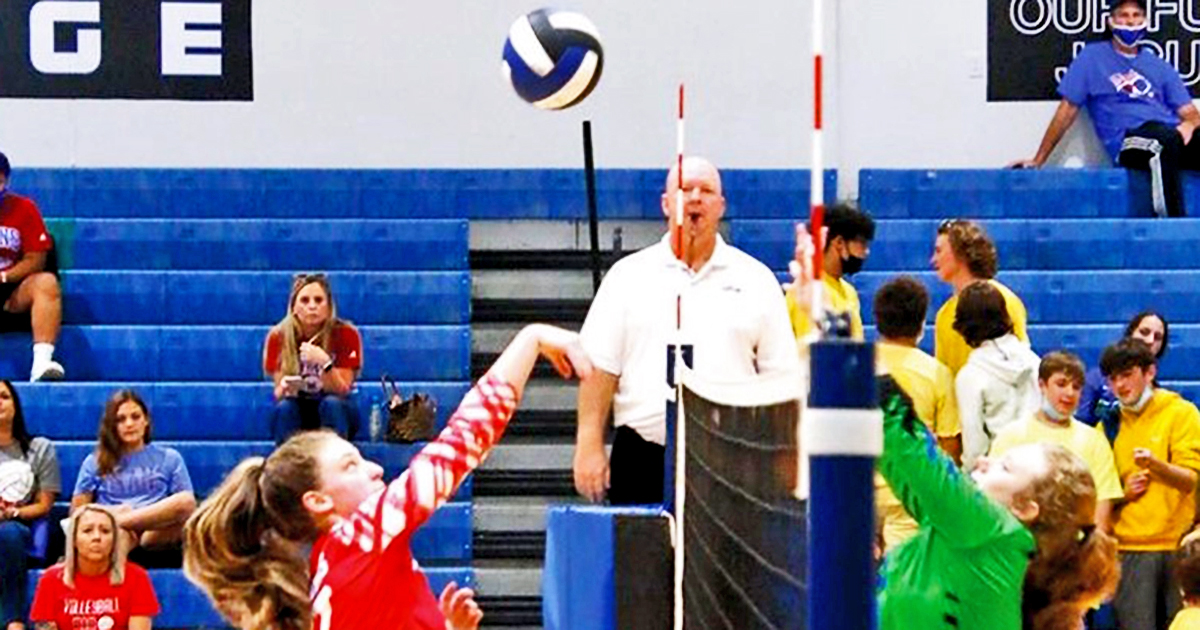 The Harrodsburg Herald/April Ellis
Senior Cady Shackleford attacks the net during the Titans’ loss against East Jessamine on Thursday, Sept. 16.

East Jessamine jumped out 6-3 on the Titans. East’s Sidney Fowler served strong and forced the Titans out of their normal rhythm. A huge block by seniors Haven Six and Cady Shackleford won the ball back for the Titans after a long volley,12-8. East retook possession and Kallise Gammon was strong on the back line returning their hits but they played smart and kept finding the holes in Mercer’s offense, 16-10.

Jameson White, one of the Titans’ strong servers, stepped behind the service line but only gained a point 17-11.

Jaguar’s senior Allie Lane serve had a nasty drop to it and East jumped out, 22-13. 22-13. Six faked a set to catch the Jaguars off guard and Shackleford faked a spike to place it on the line. Momentum was short lived for the Titans and the Jags won, 25-17.

The Titans were the first on the board and won their second point, recovering a ball that bounced off the ceiling, 2-1.