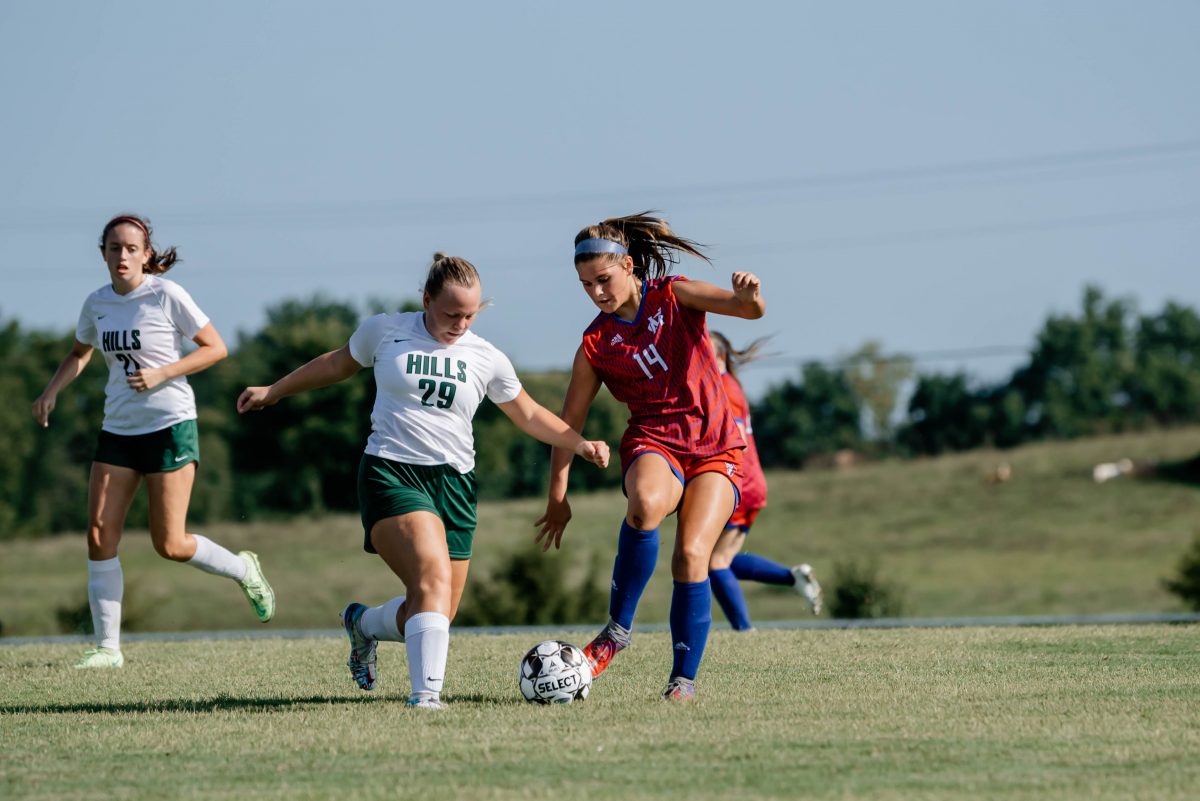 The Lady Titans had an early morning home game Saturday, Aug. 28, in a rematch against the Lady Wolverines of Western Hills. This time the Lady Titans were victorious, 4-3. Coach Josh Culver continued his same line up and defensive line of Grubbs, Angel, Charles and Sims. Goalkeeper Ryleigh Sipe was back on the field, along with Emma Kiernan who is recovering from a quad injury.

The Lady Titans came out ready to play against the sluggish Lady Wolverines who were having trouble getting the ball past the Titan defense.

Freshman Adison Wilham had a great first half and was able to get her first varsity goal in the first 8 minutes of the game. This was the momentum booster the team needed.

Kiernan helped out the offense with the minutes she was able to play in the first half.

Kiernan and Laykin Irvin played well together up front. Irvin had a couple strong shots on the goal but were stopped by the Lady Wolverines goalkeeper. The Wolverines realized quickly that they were going to have to up the energy level on the field and got a shot on goal that was stopped by goalkeeper Sipe.

Unfortunately, the Lady Titan’s defense was not able to recover quick enough from the kick by Sipe and the Wolverines speed was too much, resulting in a goal from Maddy Mueller. The Lady Wolverines turned on and kept the Titans defense and Sipe busy in the goal.

At 11:15 left on the clock in the first half, Lady Wolverines Ella Davis was wide open and took a long kick down the middle of the field and sent the ball over Sipe’s head, resulting in a Wolverine lead, 2-1.

Sophomore McKinley Stagner helped the Titans with a couple great clears and prevented the Wolverines from scoring. Although the Lady Wolverines got several shots on goal before halftime, they were unable to make any connect.

Although the Titans had a very young team on the field, they played aggressively, hustled, and worked well as a team. Something Coach Culver has been working on and pushing his girls to do both in practice and games.