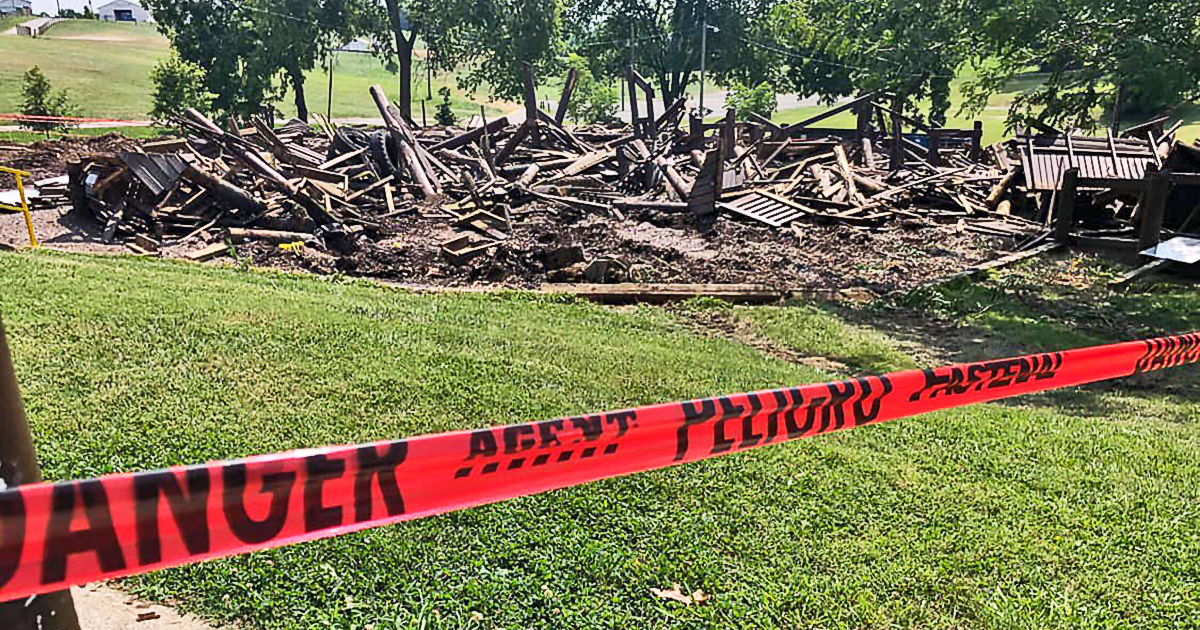 Mercer County residents were caught off guard by the city’s decision to tear down the playground at Young’s Park.

At a special-called meeting on Tuesday, Aug. 3, the Harrodsburg City Commission voted unanimously to tear down the playground equipment. City workers began work the very next day. The city also began notifying customers who rented the facility about the playground’s removal. The shelter and picnic area remain.

Officials say they had received complaints about the playground equipment being in bad shape. After a safety inspection last week, it was recommended the city take the equipment down.

City officials say they intend to rebuild the playground. Mayor Billy Whitenack said he is meeting with people this week to discuss their options, which include possibly building a splash pad. The mayor said they would seek public input before making any decisions.

The park’s demolition caught many in Harrodsburg and across Mercer County flat-footed. According to research shared by Bobbi Dawn Righmyer on Facebook, the wooden playground was built by members of the community over five days in October 1993, with as many as 300 people working together in the rain on Sunday, Oct. 17, to finish it, according to the Danville Advocate-Messenger.

According to Rightmyer, the park os one of the largest volunteer efforts since Harrodsburg’s bicentennial in 1974. According to her research the volunteers managed to build a $170,000 playground for $80,000.

Youngs Park is located on Linden Avenue and is a small portion of the old Graham Springs property. According to harrodsburgsestercentennial.com, the property was auctioned for $19,001 to Edgar H. Gaither in 1887. Some of the land was donated to the city for the development of Young’s Park.

On Facebook, Kim Cinnamon Yeast said she was one of three coordinators who organized the building of Youngs Park Creative Playground with the Anna Elliott Bohon Woman’s Club.

“It’s one of the most rewarding things I’ve ever been involved with,” she said. “I have such great memories of how volunteers of our community pulled together to build this for our children in less than a week.”

She said the idea for the playground came up during trips she and her friends took to Lexington with their children to enjoy the playground at Picadome Elementary.

“I don’t even remember which of us said we need this in Harrodsburg,” said Cinnamon Yeast.

She compared the process of building the park, which took over nine months, to giving birth.

Cinnamon Yeast also said the playground is beyond its life expectancy.

“Would I like to see it repaired? Of course. But, I’m not sure that is feasible,” she said. “You can only stain wood and mulch so many times.”

City officials also stress that they are not looking to sell the park. Last week, the Harrodsburg Herald reported that commissioners had tabled a motion to put Lions Park up for sale until they get an attorney’s opinion. Lions Park is located at 450 East Factory Street. Youngs Park is located at 530 Linden Avenue. They are two different properties.