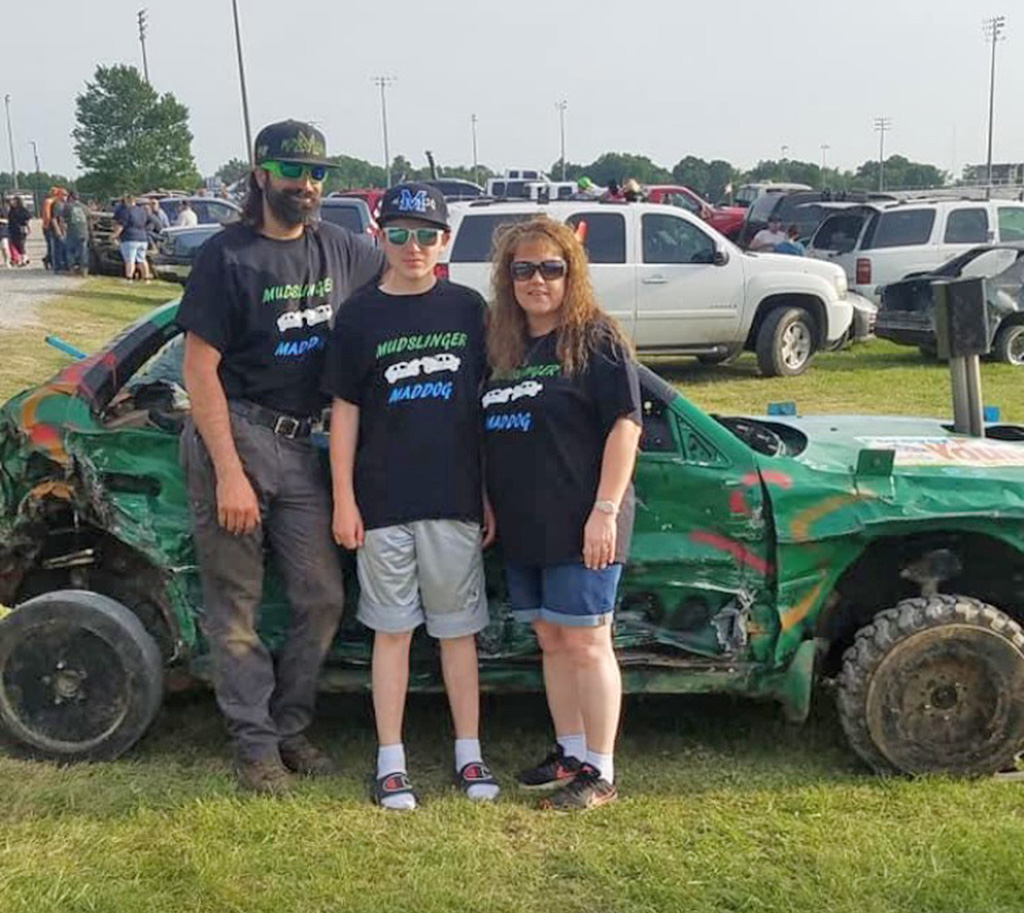 The Whitaker Bank Mercer County Fair and Horse Show has been holding demolition derbies for 16 years, and 15 years ago, A.J. Curtsinger decided to hit the track and cause some damage.

Curtsinger comes from a family of racing. He grew up watching his dad, Charles, and uncle, Tom Curtsinger, who are local dirt track racers. While he was raised in racing, he said it’s a very expensive hobby.

“I’d rather race but it’s a lot more expensive to race,” Curtsinger said. “The opportunity arose to be able to derby, so I just did it and I’ve been at it since.”

The crash of danger and adrenaline at a demolition derby makes it a sport like no other. There’s the rush of avoiding a hit and the thrill of hitting another car. While it can be dangerous, it’s too fun to stay away, Curtsinger said.

“It’s not as bad as it looks,” he said. Curtsinger said it is not about the prize money.

“But if you can win some money at the end of the day it’s good,” Curtsinger added.

Mercer County has one of the hardest hitting derbies, he said. The fair also holds a youth derby, which Curtsinger’s son Chase will be driving in.

It is very easy to make enemies in a demolition derby, he said, but it’s also easy to make friends, with people working together to keep their cars running. But friendship only goes so far.

“You run with so many different people as far as like friends, so you try not to go after them,” Curtsinger explained. “But once everybody is out that you don’t know, or they don’t know, it’s pretty much every man for himself.”

Curtsinger uses the derby as a sort of therapy, as a way to work through the routine frustrations, he said.

“It’s just a major adrenaline rush. It’s one of those things where if you’ve got somebody you don’t like—whether they’re out there or not—you can picture they’re in one of those cars and you can take all of your frustration or anger or whatever out on that particular car,” he said.

Why not try some therapy this weekend? The Mercer County Fair and Horse Show will host the demolition derby first round on Friday, July 23, and the second round on Saturday, July 24. The action starts at 7 p.m. on both nights.

Admission is $15 and free for ages 10 and under (no carnival that night).