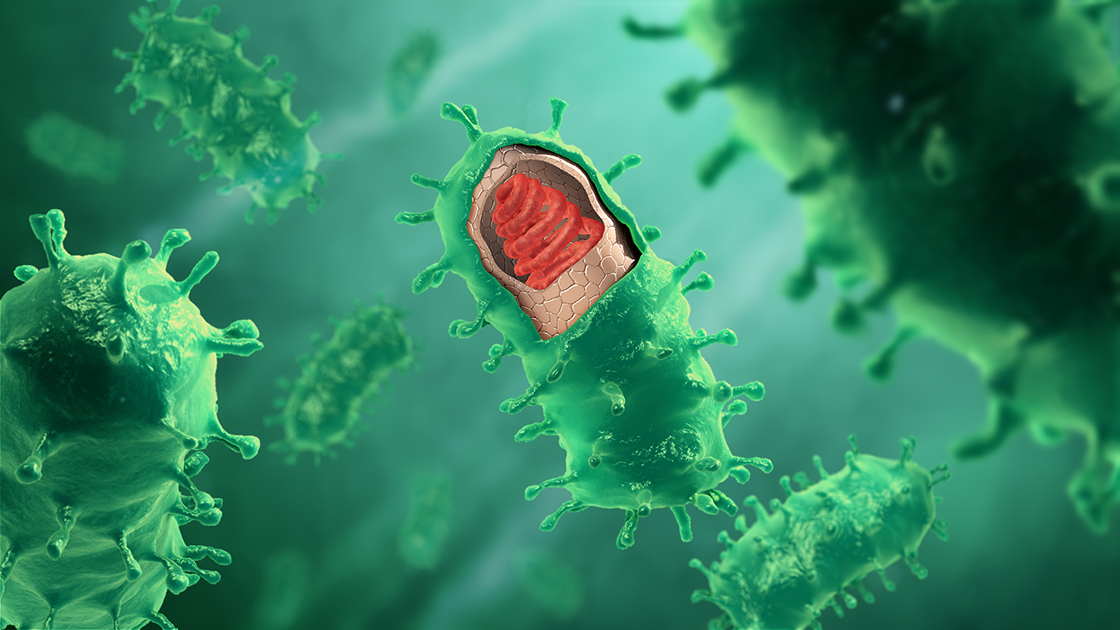 Image: Scientific Animations, via Wikmmedia Commons
Digital illustration of the structure of the rabies virus.

When asked where the dog was located, the health department declined to provide details.

“We want everyone in Mercer County to know that there are always reservoir hosts, meaning there are always skunks or bats that have rabies and these animals can have encounters with our pets,” said Cathy Akins, director of the health department. “We know that vaccinating our dogs and cats against rabies protects them and our families and our community from getting rabies.”

According to press release, health department personnel have contacted individuals associated with the rabid dog and want to advise residents of the situation and urge caution when dealing with skunks and other unknown animals. The public is asked to contact the health department if they know of anyone who might have had any possible human or animal exposure to unknown or wild animals.

Exposure is defined as a bite, scratch, or contact of saliva from an infected animal with a mucous membrane, such as the eyes, nose, or mouth.
Rabies is a fatal but preventable viral disease that attacks the nervous system; it is predominantly seen in bats and skunks in Kentucky. Domesticated animals and pets, such as dogs and cats, can get rabies when they come in contact with wild animals. Keep your pets protected with up to date vaccinations given by a licensed veterinarian.

Approximately 5,000 animal rabies cases are reported across the country every year, according to the Centers for Disease Control and Prevention, with more than 90 percent of those cases occurring in wildlife.

From 1960 to 2018, 127 human rabies cases were reported in the U.S., with roughly a quarter resulting from dog bites received during international travel. According to the CDC, 70 percent were attributed to bat exposures.

Rabies can present with a variety of symptoms, according to the health department. Early symptoms can include lethargy and vomiting, progressing to weakness, seizures, aggressiveness, difficulty breathing or swallowing along with other symptoms. Some animals may appear depressed instead of aggressive.

Transmission occurs through direct contact with saliva or brain/nervous tissue with broken skin or mucus membranes and infects the central nervous system. Keeping pets vaccinated against rabies is a crucial step in rabies prevention.

Pet owners should remember the best way to protect themselves, their families, and their pets is to keep their pets and any other animals up-to-date on rabies vaccination.