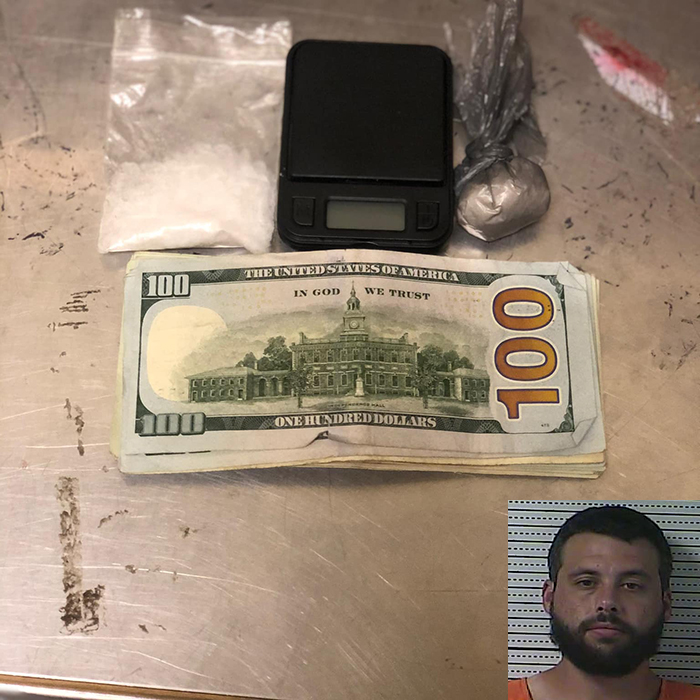 A local man was lucky to get his stolen truck back undamaged while the accused thief faces jail time on theft as well as drug charges.

The truck, a green Chevrolet, was reported stolen from Timmy’s Five Point in Harrodsburg on Thursday, June 17.

According to a Harrodsburg Police Department Facebook post, it was reported that Jacob Marshall Qualls, 30, of Lexington, took the Chevy.

One day later, on Friday, June 18, an anonymous caller reported the truck was sitting in the Walmart parking lot.

The investigating officer, Patrolman Blake Darland, found Qualls just as he was leaving the store. Qualls was arrested. When they searched him, police found the keys to the truck and a large amount of money.

After getting the consent of the owner, police searched the truck, finding approximately half an ounce of methamphetamine—more than 14 grams—and a digital scale, according to the HPD Facebook post.

Qualls was arrested and charged with theft by unlawful taking—auto, 1st degree trafficking in methamphetamine and delivering/manufacturing drug paraphernalia.

He is being held without bond at Boyle County Detention Center.

Darland is the arresting officer, with backup by Sgt. Derek Patterson (HPD) and Constable William McFerron.