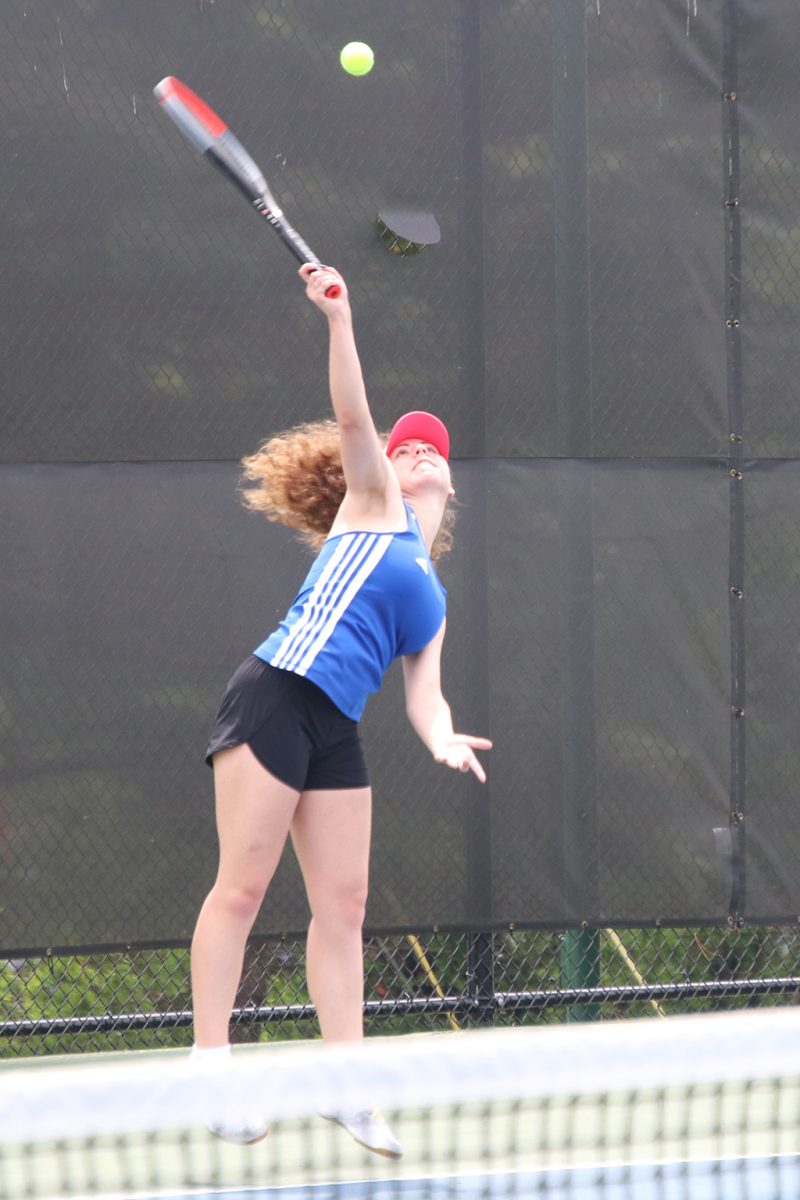 The Harrodsburg Herald/Sam Warren
Senior Rebekah Trent won her opening two matches of the region tournament but fell in the third round. Trent was the number one seed for Lady Titan’s tennis this season and is one of six seniors leaving the program.

The Mercer County Senior High School tennis team competed at the twelfth region tournament held at Centre College and Danville Bate Middle School this past week. Titan tennis players competed throughout the week at both venues but no Titans advanced to the state tournament. 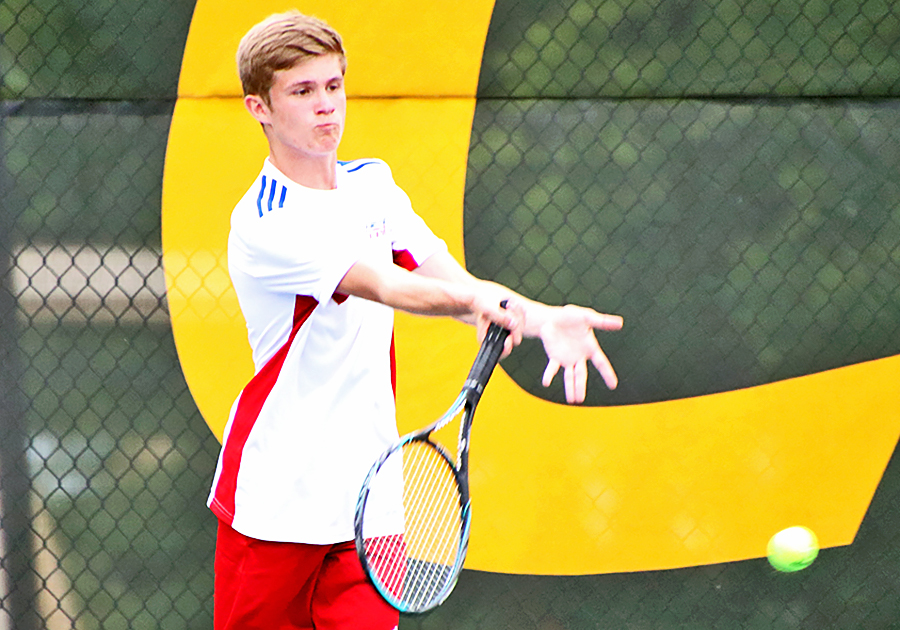 The Harrodsburg Herald/Sam Warren
Jonah Lewis returned a serve during his second round matchup against Nate Goode from Casey County during the twelfth region tournament this past Monday, May 17.

Senior Rebekah Trent competed in the singles tournament, knocking out Mallori Jones of McCreary Central in the first round after winning both sets 6-0 and 6-1. Trent advanced to the final eight after defeating Merideth Pinkston of West Jessamine in two sets (6-3, 6-1) but fell in the next round to three-seeded Jaine Burkett of Boyle County. Burkett won the first set 6-1 and the following set 6-3 to advance to the final four before Lydia Prince of East Jessamine defeated her in two 6-0 sets.

Freshman Sara Dunn was a seven seed in the tournament and dominated her opening game against Elly Ball from McCreary Central, cruising through both sets 6-0. Dunn then faced Boyle County’s Kristin Tran, winning the first set 6-0 and the second 6-2. Two-seeded Emma Calfee of Pulaski County won a nail-biting first set 7-6 and the following set 6-2 to knock Dunn out of the region tournament in the third round. Calfee is now set to face Prince in the region  championship match on Monday.