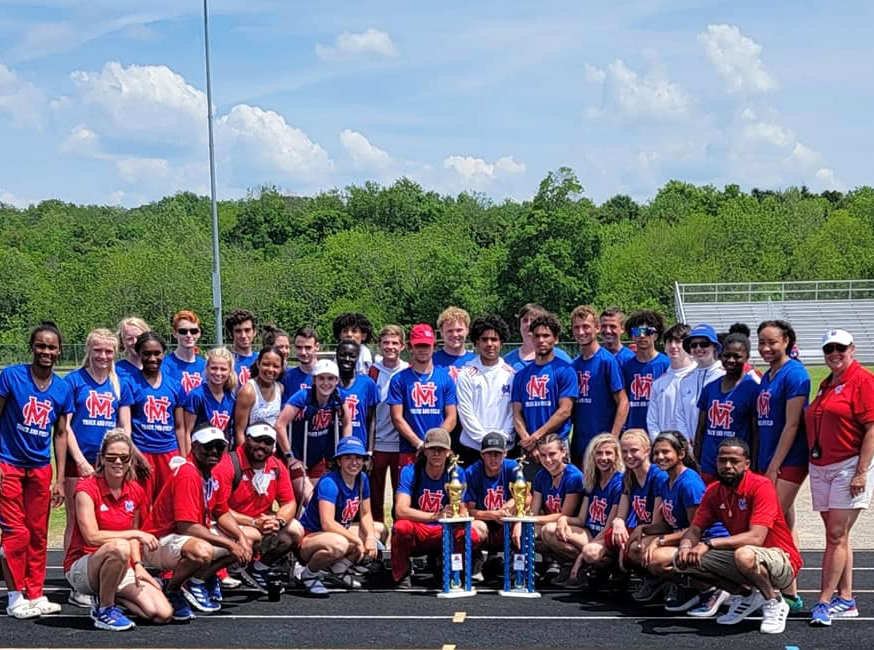 Photo submitted
Both the Boys’ and Girls’ track and field teams won the Central Kentucky Conference track meet this past Saturday, May 22.

The Mercer County Senior High School track and field team continued their winning ways in the final invitational meet of the regular season. The Central Kentucky Conference was held on Saturday, May 22, and is the last invitational the Titans will participate in before they travel to Harlan for the 2A region five championship on Wednesday, June 2.

Both the boys’ and girls’ teams took first place and it wasn’t close on the boys’ side. The 166 points scored by the Titans was nearly enough to double second place Madison Southern’s 84 points and third placed Boyle County’s 82.

Senior Jalen Lukitsch ran a 40.06 second 300 meter hurdle to take first place and earn the fastest time in class 2A. Matthew Mays and Thaddeus Mays finished first and second in the triple jump, jumping 42-06 and 41-10 respectively.

The Titans 4×100 meter relay team composed of Lukitsch, Brayden Dunn, Brady Peavler and Jackson Peavler earned first place with a time of 44.59, beating out Boyle County in second. A 1:32.50 was enough to win the 4×200 M relay for Lukitsch, Noah Davis, James Johnston and R. Peavler. The same team took first place in the 4×400 M relay with a time of 3:32.0.

Senior Bryce Walton vaulted 11 feet for a second place finish to Griffyn Spencer of Shelby County, and T. Mays followed in third place with a jump of 10-06. Elijah Proffit placed second in the open 800 meter, running a half mile in 2:10.44. T. Mays and Johnston finished second and third in the 110 M hurdles with times of 16.40 and 17.25 respectively. Freshman Sam Lewis placed second in the two mile run with a time of 11:36.13.