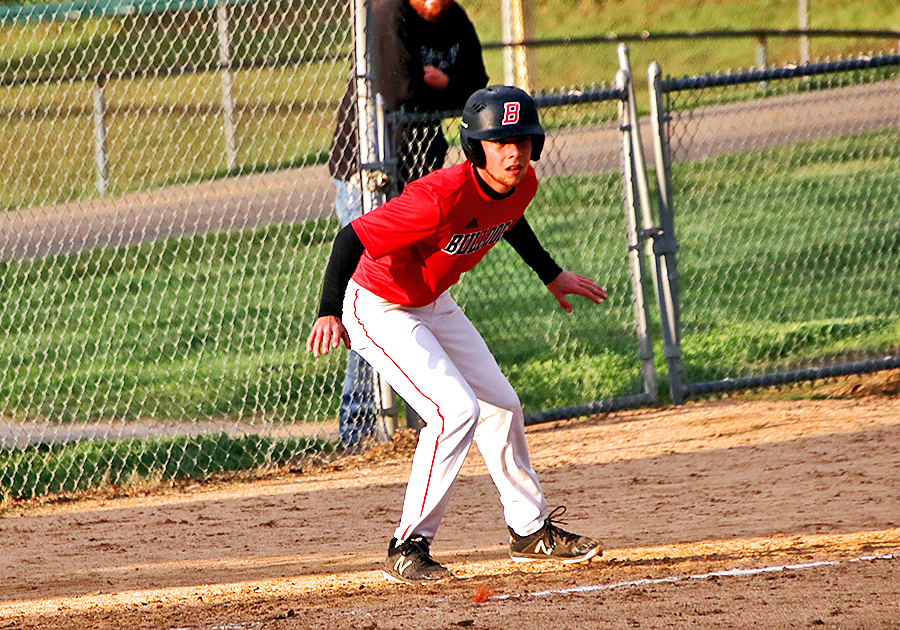 Contributing Writer
sports@harrodsburgherald.com
The Burgin Bulldogs (7-10-1) traveled to play the Frankfort Christian Academy Royals (1-2) Friday, May 7.
Burgin struggled to find their groove in the first inning, when sophomore Jacob Qualls was the only batter to make it on base after being walked. Sophomore Hunter Reed was next up to bat and struck out looking, but slow reactions by the Royals catcher allowed Jacob Qualls to steal second. He advanced on to third immediately after due to an error by the second basemen. Sophomore Noah Broce batted next and grounded out to the shortstop, but the action in the right field allowed Jacob Qualls to make it home and score Burgin’s first run of the game.
Senior Bulldog Jackson Qualls took the mound to pitch for Burgin and no runs were made under his watch. He struck out the first two batters, but a dropped ball by the catcher got Jaques Monette to first base on a dropped third strike.
Royal Jon Duninskie was the first to make a clean hit, but senior left fielder Cameron Nagel caught the fly ball for the Royals’ second out. Senior second baseman Evan May caught a ground ball shortly after for the final out and a no run inning for the Royals.
The Bulldogs lengthened their lead significantly in the second inning. Freshman Aaron May hit a ground ball and reached first due to an error by the shortstop. Eighth grader Marshall Hart followed, hit a single and advanced May to second. An error by the pitcher sent Jackson Qualls to first after he executed a well aimed bunt, that sent May to third and Hart to second. Nagel bunted as well, advancing the runners to score a run.