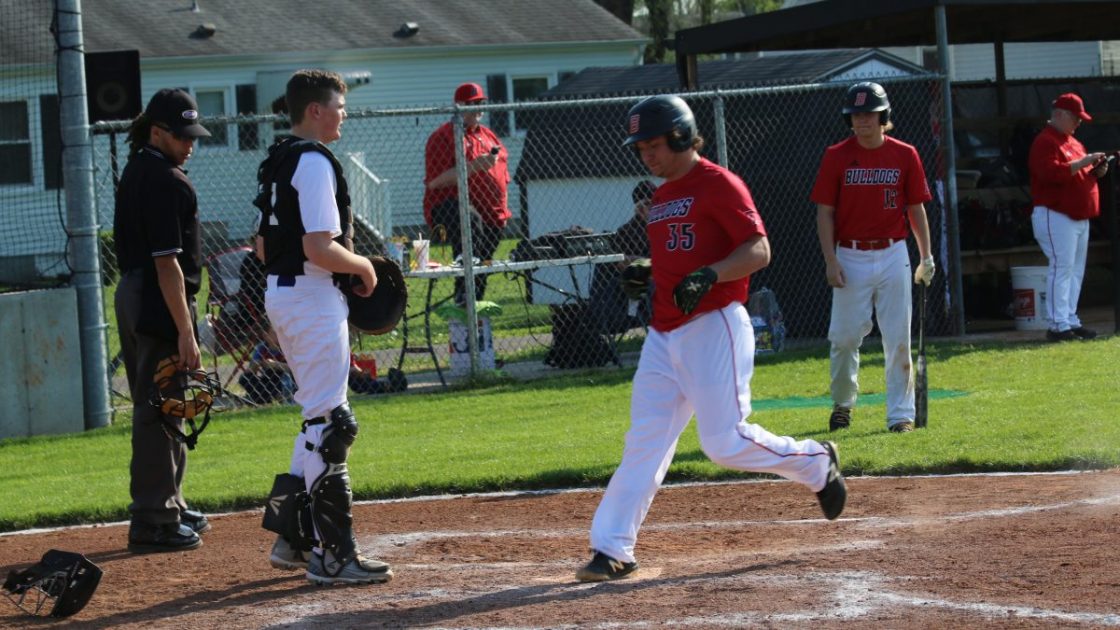 The Harrodsburg Herald/Doug Brown
Cameron Nagel scores a run during a recent win for Burgin. The Bulldogs have had big success recently playing small ball, scoring thanks to aggressive base running and heads up play.

The Burgin Bulldogs (2-7) earned their second win of the season against the St. Francis Wyverns (0-3) on Friday, April 16, 14-2. Aggressive base running led the Bulldogs to victory.

“I thought we came out and swung really well. I was pleased with the way we swung the bats,” said Burgin Head Coach Donnie Edwards. “I thought our pitchers did a good job. It was Eli Newby’s first action on the mound with us and I thought he did a good job. Hunter Reed came in and finished the deal. I’m just really happy to get a ‘W’ and have everybody participate in the ballgame. It’s a good momentum builder for the weekend.”

The first inning began with sophomore Jacob Qualls being walked to first base, then stealing second and third. Qualls scored the first run of the game alongside senior Jackson Qualls in a double play.