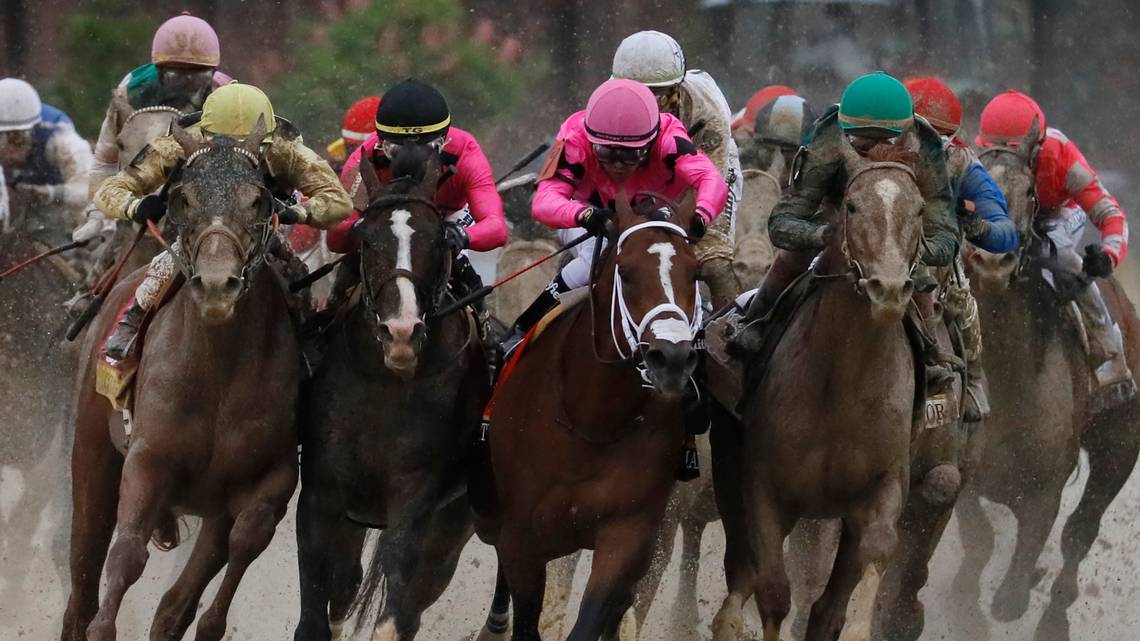 The 145th running of the Kentucky Derby back in 2019. Image: John Minchillo, Associated Press.

Editor’s Note: Since this story went to press, Senate Bill 120, which changes the definition of pari-mutuel wagering to include historical horse racing machines, passed by a 22-15 vote. The bill now moves on to the house.

Horse racing, like college basketball and bourbon, is synonymous with Kentucky. However, some local residents are worried about the future of horse racing. Many are watching the deliberations over Senate Bill 120 very closely. The bill would legalize historical race racing, which allows players to gamble on replays of horse races that have already been run on machines like slot machines. If the bill doesn’t pass, they say one Kentucky’s most storied industries may not have much of a future.

Historical horse racing began in 2010, but some gambling opponents, including the Family Foundation of Lexington, have challenged its legality. Last year, the Kentucky Supreme Court ruled unanimously that historical horse racing machines do not qualify as pari-mutuel wagering. While that ruling only applied to machines then being used at three tracks, the gaming systems operate pretty much the same throughout Kentucky, throwing question the legality of all historical horse racing in doubt.

According to the Lexington Herald-Leader, the Keeneland Association and Red Mile have announced they would be shutting down their joint historical horse racing venture at the Lexington harness racino while officials at Ellis Park in Henderson said that, without the revenue from historical horse racing, they may have to shut down the track. Turfway Park in Florence has made a similar announcement.

“If we lose Ellis Park and Turfway Park, we lose about six months of racing,” said Randy Gilbert, the manager of horse operations at Shawnee Farm, which is located off U.S. 68 in Mercer County.

What impacts Kentucky’s horse tracks also impacts horse farms across the commonwealth and here in Mercer County, Gilbert said. Not just in cutting down on the race season, but in cutting down the purses. He said historical horse racing revenue augments purses in two ways: in money taken in by tracks as well as through the Kentucky Thoroughbred Development Fund. The fund is an incentive program created in 1978 to encourage owners to buy from Kentucky markets, to board and breed mares on Kentucky farms, to mate them with Kentucky stallions and race the Kentucky-foaled produce over Kentucky tracks, according to kentuckybred.org. Gilbert said the increased purses is what makes keeping horses here in Kentucky more attractive than going south for the winter.

“We currently have about 40-50 mares that we breed every year and average around 100 head of horses on the farm,” Gilbert said. “Without a year round racing circuit and decreased value of the horses we raise to sell I can see us having to cut the number of mares we have.”

The cuts wouldn’t be confined to the farm, he said.

“That means we will not employ as many people to take care of the mares and foals,” Gilbert said. “It means we won’t buy as much hay and straw from local farmers like Bruce Wade of Wade Farms. It means that local blacksmith Danny Rawlings, who works for Limestone Forge, will not have as many horses to work on. This is just the tip of the iceberg.”