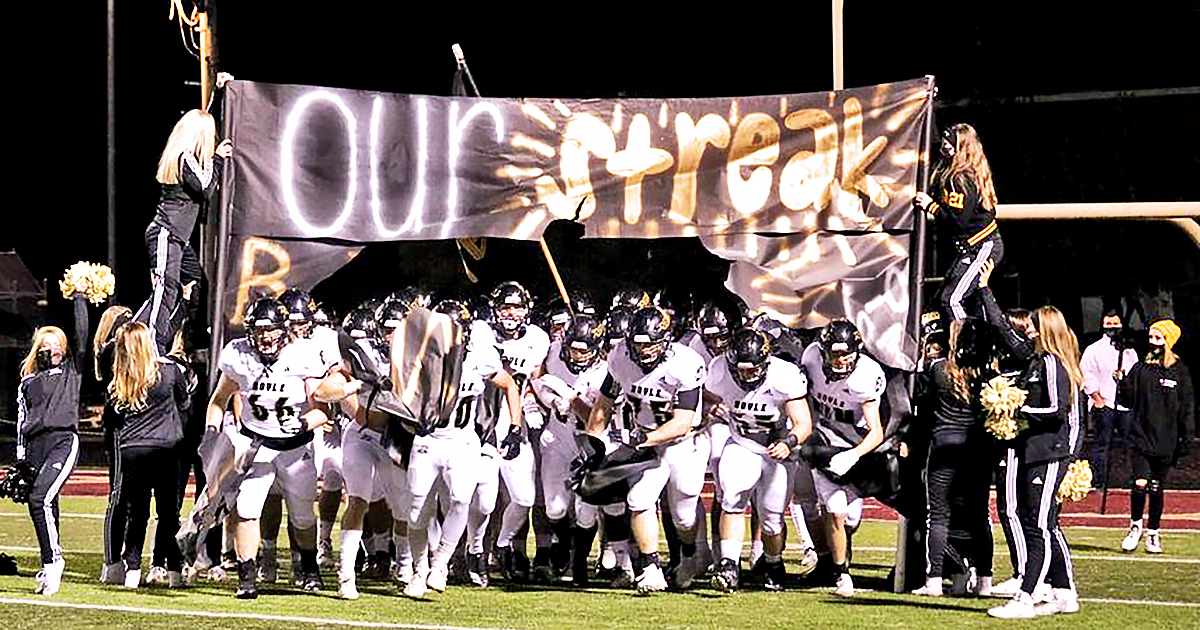 The Boyle County Rebels (7-0) defeated the Bourbon County Colonels (1-6) by a final score of 41-0 this past Thursday, Nov. 5. The Rebels finished the season with an undefeated record ahead of the KHSAA state class 4A playoffs scheduled to start Friday, Nov. 20.

Like so many times this season, the Rebels made their opponent seem as if they didn’t belong on the field with them. The dominating performance was the sixth time this season the Rebel defense has allowed seven or fewer points in a game, while also scoring more than 40 points on the other side of the ball.

Jagger Gillis had no trouble picking apart the Colonel’s defensive backfield, finding senior wideout Luke Sheperson for a 65-yard gain to put the Rebels in scoring position. Will McDaniel would find the end zone from 1-yard out to give the Rebels a 7-0 lead with 6:41 left in the first quarter.