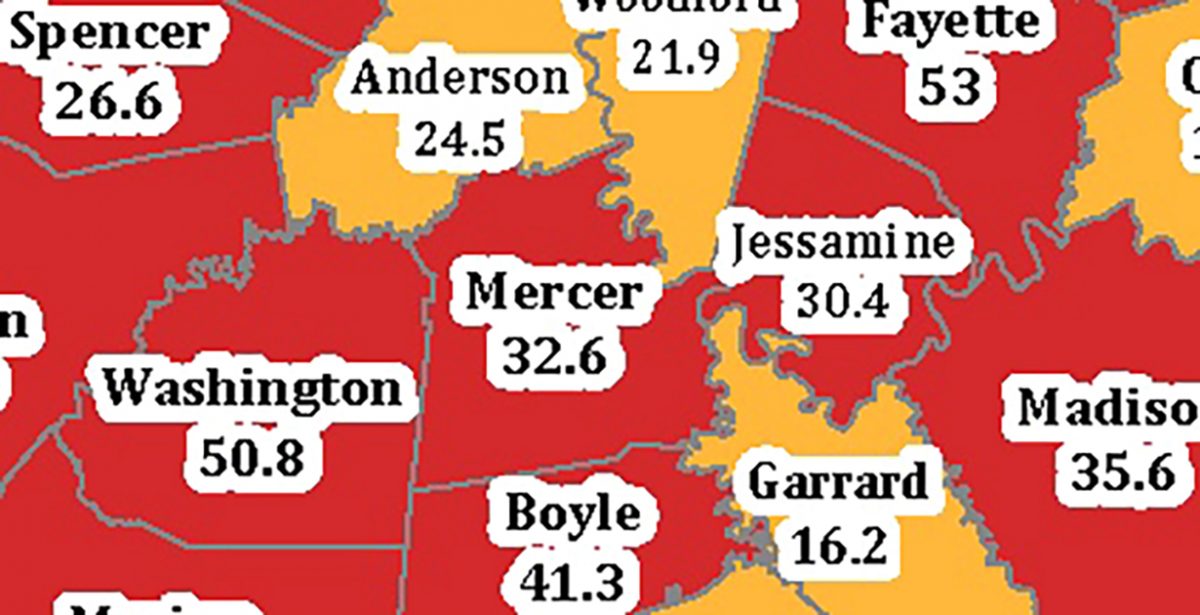 The news that a vaccine may become available for the coronavirus within the next year is good, but health officials are begging the public to practice social distancing and wear masks.

On Monday, the pharmaceutical giant Pfizer announced a vaccine they had developed is more than 90 percent effective at preventing infection, according to preliminary analysis.

The vaccine was developed by Pfizer and its partner, the German company BioNTech SE. In a joint statement, they announced people who had received two doses as part of the ongoing trial saw 90 percent fewer symptomatic cases of COVID-19 than participants who were given a placebo.

Pfizer said it plans to ask the Food and Drug Administration for emergency use authorization next week, when it has the required two months of safety data. There have been no serious safety concerns yet, it said.

While the vaccine developers have not yet released the data from their ongoing study, and while it is still unclear how long the vaccine would last, the news was greeted with enthusiasm both here and around the world.

On Monday, both Gov. Andy Beshear and Dr. Steven Stack, the  commissioner of the Kentucky Department for Public Health, called the vaccine a “game changer.”

Dr. Stack said once the vaccine is approved, it could take all of next year to get the entire population vaccinated.

Noting improvements made by the medical community in the treatment of COVID-19, including dexamesathone and regeneron, Stack said he is cautiously optimistic that Kentucky could start returning to normal in summer 2021, around the time schools would reopen.

He said health care workers and those at highest risk would be the first to be vaccinated, followed by people with elevated risk factors and essential workers and then the public at large.

While the possible vaccine is good news, there is very little good news otherwise where the coronavirus is concerned. On Tuesday, only one county in Kentucky was in the yellow zone on the state’s incidence map. Mercer County was in the red, with an incidence rate of 32.6.

Stack said the state’s contact tracing program is overwhelmed. He said they are receiving complaints from people who don’t want to participate and from people who had not received calls after testing positive. Stack asked everyone to be patient. He said they will have to prioritize those who are at highest risk or who are at highest risk of infecting others.

In addition, 14 new deaths  were reported Tuesday, raising the state’s death toll to 1,590. The state’s positivity rate was7.68 percent.

Even more worrying are the rising number of hospitalizations.

The state announced 1,189 people were in the hospital on Tuesday, while 286 were in intensive care.

According to Johns Hopkins University, there are more than 50.9 million  cases around the world, with 1.26 million deaths. There are more than 10.1 million confirmed cases in the U.S., with at least 238,251 deaths. The virus continues to spread across the country, with Utah announcing a statewide mask mandate on Monday.

Stack said it took nearly four months to reach the number of cases that were reported in Kentucky over the past week.

He said he is alarmed that traditional holiday gatherings are “ a recipe for disaster.”

“That is exactly how coronavirus can spread like wildfire,” Stack said. He said he was worried holiday gatherings would supercharge the pandemic.

Stack and Gov. Beshear have repeatedly been asked if there were going to be any further mandates to prevent the spread of the virus.

On Monday, Stack said the exponential growth of the virus will cause society to alter itself without a mandate being issued. He asked people to continue to social distance, wear masks, wash hands and avoid large gatherings. For more information, visit https://govstatus.egov.com/kycovid19.