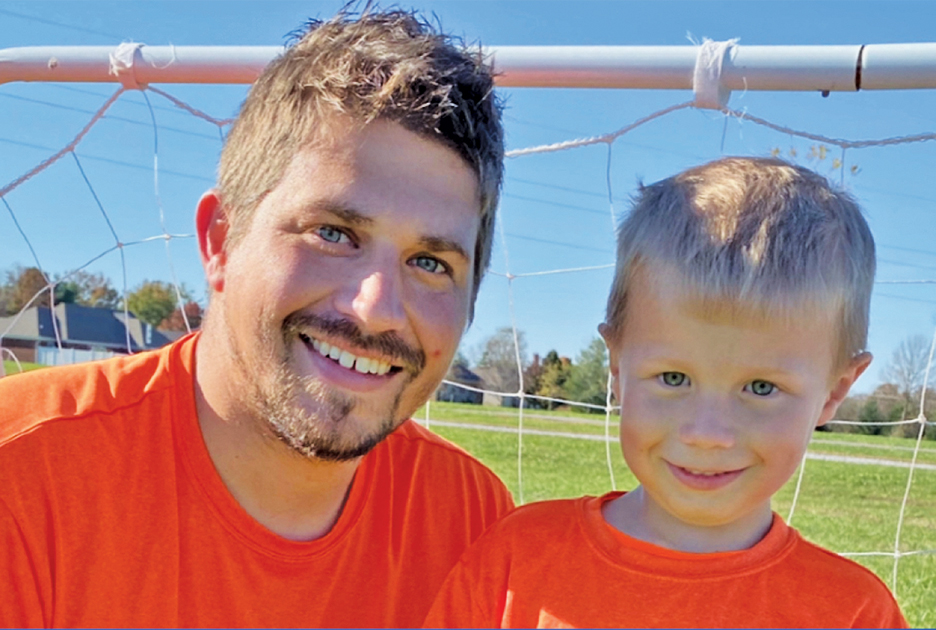 Photo Submitted
Mercer Lady Titans Soccer Coach Josh Culver was injured in a car accident this weekend. While it may take him a while to recover, his friends vow he will coach again.

Family, friends and fans are asking for prayers for Mercer County Lady Titans Soccer Coach Josh Culver, who was injured in a head-on collision with another car early Saturday.

According to a press release from the Kentucky State Police, the accident happened around 6:15 a.m. on Saturday, Sept. 19. The investigating officers believe Rontoya Little, 35, of Springfield, was traveling west on Perryville Road when he crossed the centerline and struck Culver, who was in the eastbound lane. Culver, who had to be freed from his car by first responders, was airlifted to UK Medical Center in Lexington for treatment.

Mercer County Schools Athletic Director Donald Wayne Smith said Culver, who has been head soccer coach since 2016, was on his way to a game in Montgomery County when the crash happened.

Little, who was not wearing a seat belt, was pronounced dead on the scene by the Washington County Coroner, according to the press release.

Culver, who also teaches physical education at King Middle School, has undergone two rounds of surgery so far, according to friends of the family. Culver had a good day Tuesday, Smith said.

“He is alert and able to Facetime with his wife and sit on the edge of the bed,” Smith said. “He is very appreciative of the support they have received and he will coach again.”

Originally from Loretto, Culver attended Marion County High School, the University of the Cumberlands and Western Kentucky University, according to his Facebook page. He has worked for Mercer Schools since 2015.

For those who would like to reach out or make a donation, email Donald Wayne Smith at donald.smith@mercer.kyschools.us.