Chuck Dedman has resigned from the Harrodsburg-Mercer County Tourist Commission. 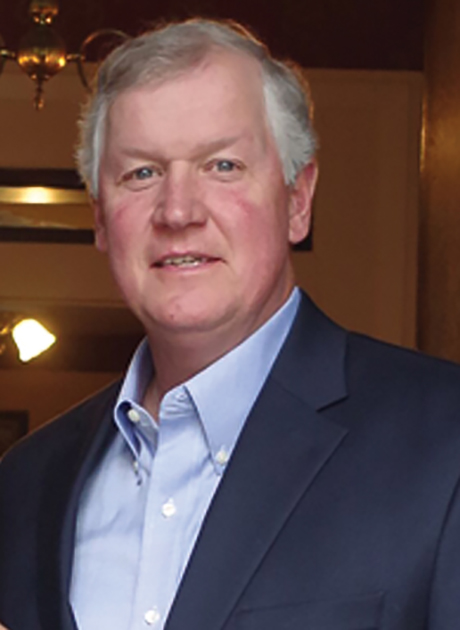 Dedman, whose family owns the Beamont Inn, has served with the tourist commission in various capacities—including chairman—for over three decades.

The tourist commission’s board of directors voted to accept Dedman’s resignation at their meeting last week. “We will accept with regret,” noted Chairman Mike Inman.

The Dedman family bought the former Beaumont College and turned it into an inn and restaurant which opened in 1919. Over the past century, the Beaumont Inn has become one of the top culinary destinations in the nation, with signature dishes like yellow-legged chicken, corn pudding and two-year old Kentucky country ham. The family’s reverence for tradition earned them a James Beard Foundation American Classics Award in 2015.

Dedman was appointed by the restaurant and hotel association and represented local lodging on the board. The association will have to appoint a replacement.

Dedman cited family health issues as the reason for his resignation.

The past year has been one of rapid change for the tourist commission. Former Chair Kathryn Tuggle and Executive Director Karen P. Hackett both resigned. Hackett has still not been replaced. In addition, JoEtta Wickliffe was removed from the board by the Harrodsburg City Commission.

Several new members, including Huffman and Tiffany Yeast, have joined the board of directors over the past year.

Inman said the tourist commission would send out a letter Monday to local restaurants to try to clear up the confusion.

According to the attorney general, restaurants that did not charge the public the three-percent restaurant tax during March, April and May will not have to pay the tax. Restaurants that continued to collect the tax but did not make payments will have to make arrangements with the tourist commission.

“The way it works now is we’re going to get all the money and none of the work,” Inman said at last week’s meeting. “I like that.”

According to Bob Gigliotti, the treasurer for the tourist commission, the agency’s current balance is approximately $255,000, not including their operational reserves.

“That is the best financial report we’ve had in several months,” said Inman, who noted the commission is bringing in money at about a third of what they were last year. However, their expenses are also down because they currently have no executive director or staff. The board has recently hired a contract worker to serve as bookkeeper and an outside auditor. The board voted last week to allocate extra funds for the audit. It was estimated it would cost up to $4,500 per audit, while only $3,000 had been budgetted for each audit. The board voted to reallocate the deferred salaries for the executive director and executive assistant to pay for the audit.

• Voted to hold a rollout event for the new logo and website on Friday, Oct. 2, from 5-7 p.m. at the Diamond Point Welcome Center.

• Approved a $5,000 contribution to the Fort Harrod Jazz Festival.