Yates Seeks Understanding On Both Sides Of The Thin Blue Line 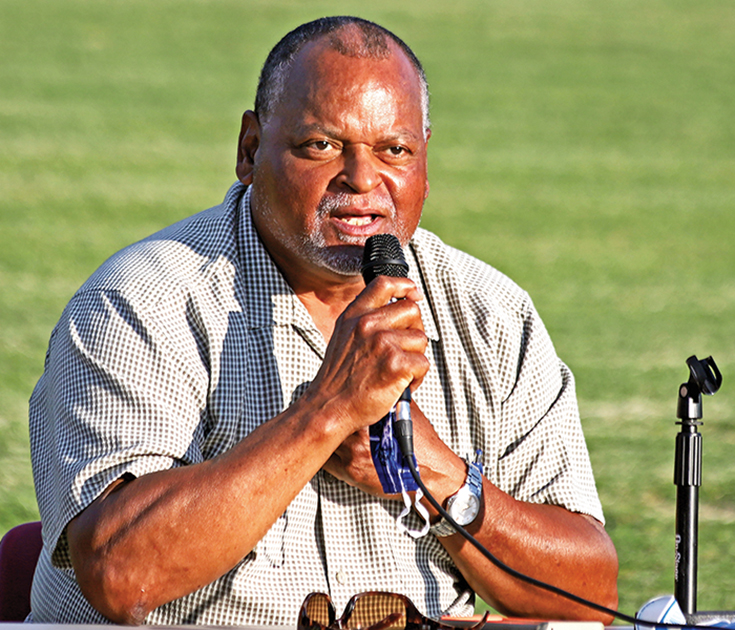 Phil Yates, a Black pastor with a law enforcement background, is in an unusual position when trying to evaluate the chaos around the country. He is brokenhearted over both the racial unrest and the backlash against police.

“Police are under attack,” he said. “I think it has been coming. The respect for law enforcement has dwindled to a state where it’s almost pathetic. It’s authority in general, not just law enforcement. People are disrespectful and it’s all coming from the home. If you’re not going to get respect at the home, how can you expect it at school or church?”

Yates, who has been the pastor of Little Zion Baptist Church in Burgin for 31 years, was a Kentucky State Police Trooper for 25 years. He retired in 2002 and was a pioneer of sorts, becoming the first Black trooper to serve in Pikeville Post 9. He was only 23 and fresh out of the KSP Academy.

However, he’s not sure he could work for the KSP in today’s world. But it wasn’t easy breaking the color barrier in Pikeville back in 1978 either. 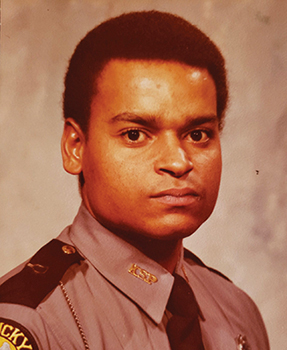 “People in eastern Kentucky are different than central Kentucky,” he said. “People in eastern Kentucky they’re not wishy-washy. Either they like you or they don’t. I fit in well. I have a lot of good friends in Pike County too. I had heard rumors (at KSP), people asking ‘Where are we going to put this Black trooper?’ I was going to treat everybody the way I wanted to be treated. I was going to treat them that way until they gave me a reason not to treat them that way.”

He said a trooper’s contact with the public is often in bad times—an accident, a ticket, or even an arrest— so it was almost never the best situation. But he said it was always important to be compassionate.

“To be a police officer and not have compassion, I don’t know how you do it effectively,” he said. “It’s being done and they’re not as compassionate.”

He said he experienced racism from some of the public in Pikeville, which he almost expected, but there were also racial bias with some city and county officials, other law enforcement agencies and sometimes even the KSP itself that disappointed him.

Yates grew up in Harrodsburg and schools integrated there when he was in the third grade. “I experienced some things growing up,” he said. “My names is Yates, so I’m at the back of the line alphabetically. To some of my (white) classmates, I had to go to the end of the line because I was Black.”

Much of the racial issues could be solved through a better walk with Jesus from both the white and Black and a better understanding of the unique cultures, Yates said.

He said the gap that exists is “a natural division because we don’t understand each other’s culture.” Yates said there needs to be more understanding between races. “We have to listen more and intentionally to try to understand each culture. Diversity is a good thing. You have to practice it. It’s not just head knowledge.”

The pastor said that he preaches to his congregation that diversity is good and “we need to be celebrating each other’s heritage.”

He said he tells young people at his church if they get pulled over by the police to “respect them and do as you’re told.” Yates adds, “It’s not a time to argue or try your case on the side of the road. You can’t win that. I tell them from the pulpit, do whatever you need to do to get home safely. Sometimes people do all the right things and still don’t make it home safely.”

Yates said racial profiling exists today. Even as a 66-year-old Black man in Harrodsburg, he is looked at differently and observed more closely than a like-aged white man in a store.

“How we get past that is education and diversity training,” he said.

His other advice: Do a self-examination and be honest.

“We all have our own prejudices,” he said, “Search yourself, do an inventory. Even look back at your childhood when you did things because of your bias. Find out why you did some things you’re not proud of or should have done differently. Learn from that and from this point on, when you can speak, instead of being silent, speak up. Don’t get to the point where you’re still doing the same thing, where you have regrets. Do a self-inventory. We have to change ourselves.”

As for the issues with police, he supports his law enforcement brethren while admitting there are some bad cops, too. But he takes a strong stand on how law enforcement should be treated by others and the government. They need more funding, not less.

Yates said at the meeting that the Harrodsburg police chief said they do about eight hours of diversity training a year.

“They need to be able to do that every week, not eight hours every year,” he said. “They have to have more training. We need them and they need us. The vast majority of our police are good officers. Those that are not good officers should find another line of work. Get to know our officers. They are human, too.”