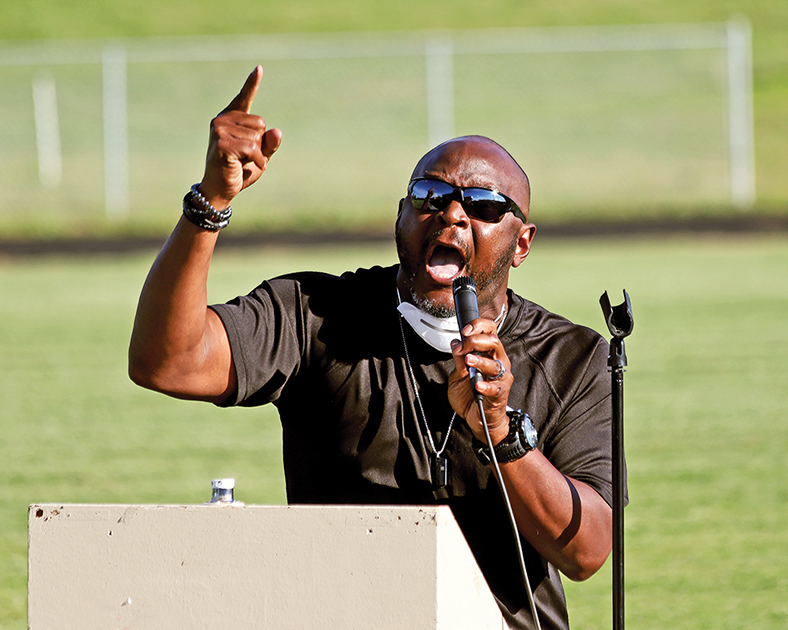 The Harrodsburg Herald/Robert Moore Pastor Donald Wayne Smith of Centennial Baptist Church called the protests following the deaths of George Floyd and Breonna Taylor “an opportunity” for churches to lead the nation on a different path.

Since the death of George Floyd on May 25, the U.S. has been rocked by a series of protests against police brutality and racial injustice. The protests have grown beyond the nation’s borders, spreading across the world.

Last week, state and local government officials, local law enforcement and clergy attended a forum to address the community’s concerns about criminal justice here in Mercer County. The forum was organized by God Only, an organization “committed to completing the work of God. Promoting peace, love, truth and understanding to all Gods children” according to its Facebook page.

The moderator, Tiffany Yeast, asked the panel from a series of submitted questions and community members were allowed to ask questions as well. Yeast asked everyone to “listen with the intent to hear, not to respond.”

Before the questioning began, Donald Wayne Smith, pastor of Centennial Baptist Church, called the turmoil that has followed the death of Floyd and Breonna Taylor, a 26-year-old EMT from Louisville who was shot to death by police officers while she was sleeping in her apartment on March 13, an opportunity.

Smith called on churches to take a leadership role in the protests. “We have got to have God in this thing,” he said. Unless people open their hearts to God, Smith said, “It will not change.” 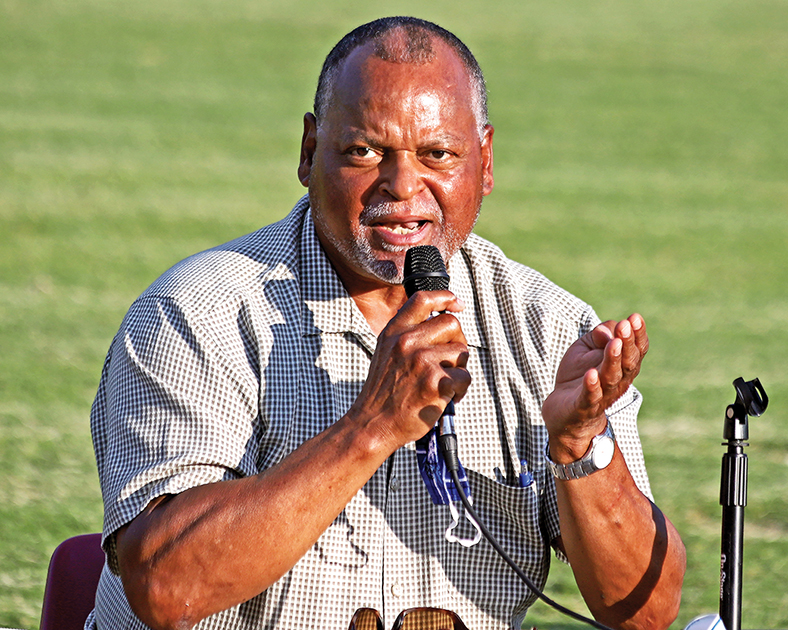 The Harrodsburg Herald/Robert Moore
Pastor Phil Yates of Little Zion Baptist Church, a former state trooper and a deputy with the Mercer County Sheriff’s Office, took exception with a popular protest slogan: defund the police. “They don’t need to be defunded,” Yates said. “I think they need to be defended.”

Lt. Gov. Jacqueline Coleman, who attended the forum, said education has to be part of the solution to the problem of systemic racism as well. She was echoed by Dennis Davis, the superintendent of Mercer County schools.

In February 2019, African-American students received a racist message on their cellphones via the Airdrop app. At a public forum held after the incident, some parents and students said they felt like their complaints had not been listened to.

Davis said teachers will begin diversity training starting in August. In addition, each school will add a diversity team during the new school year.

Neither Davis nor Will Begley, the superintendent for Burgin Independent Schools, were in favor of a recently proposed solution to school shootings: arming teachers.

Davis, a gun owner, said he opposed the idea.

“You’re making teachers make decisions they’re not trained to do and no good can come of that,” he said. “Let the police do their job and let the teachers do theirs.”

However, Pastor Phil Yates of Little Zion Baptist Church, a former state trooper who still serves as a sheriff’s deputy, said diversity training is not enough. Yates said change needs to come from within.

“When your butt is against the wall and you’re getting the snot knocked out of you and you get the upper hand, you have to stop yourself from getting the last punch,” he said.

The recent protests have been focused on what is perceived as bias against minorities by law enforcement.

Asked about any such disparities here in Mercer County, Sheriff Ernie Kelty and Harrodsburg Police Chief Brian Allen said their departments review all arrests, tickets and cases, not only by race, but by location and method.

“I want to hear if you think we have a problem,” he said.

All officers with the Harrodsburg Police Department wear bodycams, which are activated at the beginning of every encounter and are not to be deactivated until the encounter has been resolved. However, sheriff’s deputies do not have bodycams. Sheriff Kelty said his office is looking for funding for the cameras.

Neither Allen nor Kelty could remember executing a no-knock warrant. Allen said he had never approved his officers to even apply for one.

“As long as I’m chief, we will never do one,” Allen said.

Both Harrodsburg Mayor Art Freeman and Mercer County Judge-Executive Milward Dedman said there is a need for more diversity in the county’s political leadership. Outside of the Burgin City Council, every elected official in Mercer County is a white man.

“That’s not a good thing,” said Mayor Freeman, “that’s just the way it is.”

During the meeting, Freeman was also approached by representatives of a group called the Future Leaders Of Harrodsburg with a petition about the West Broadway Community Watch. Last year, the Harrodsburg City Commission declined to give their blessings to the program after commissioners and police expressed concerns about the legality of some of the tactics used by the group’s founder, Andy Miner.

Miner, a handyman better known as “Handy Andy” outfitted his property with an array of surveillance cameras and has posted pictures online—as well as distributed them to elected officials, reporters and law enforcement officers—of what he calls drug dealers.

Sheriff Kelty stressed that Miner’s program was not associated with his office.

The mayor said he would be glad to meet with the group and discuss the situation.

The forum was broadcast by WHBN Hometown Radio and by the Harrodsburg Herald on Facebook.

Marcus Walker of God Only said the group would like to hold another forum to cover other topics in two weeks.