McCowan: ‘It Took A Lot of Hard Work And Education to Get Here’ 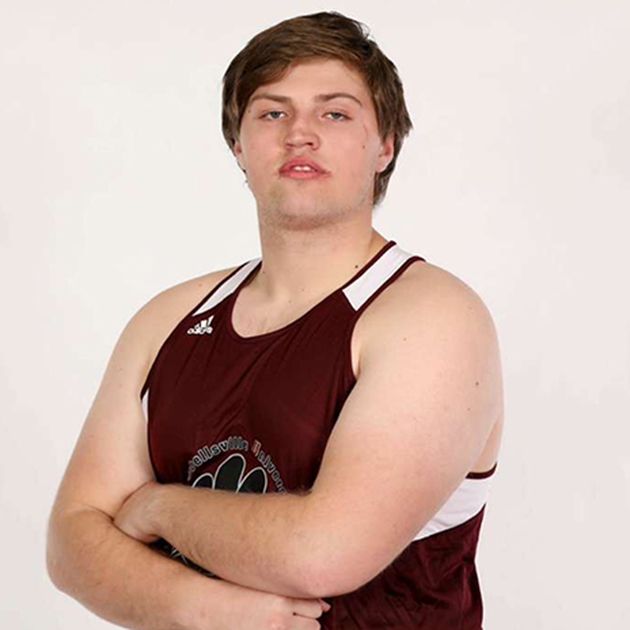 Photo submitted.
Stephen McCowan is thankful for the opportunity to throw in college, and can’t wait to prove himself next track season.

In May 2019, Burgin Independent High School graduated one of its most successful track and field classes in the school’s history.

Throughout their run in high school, many of them qualified for state in each year of competition.

Even after high school, there would be a few names that would continue to have success at the next level, one of those being Stephen McCowan.

McCowan is currently competing with the Campbellsville University Tiger Track and Field team as a thrower.

While his freshman season was cut short due to the COVID-19 pandemic, he still worked his hardest towards making a difference once he is able to be in a meet.

“Being at Campbellsville is a great opportunity for me to get better athletically while getting an education,” McCowan said.

It’s all been about work for McCowan, who started his throwing career later than most college athletes within the sport.

He spent his middle school and freshman years of high school playing baseball, but made the adjustment to track after attending a few conditioning practices.

Since he enjoyed being with the team, he dedicated his time to track.

McCowan said he wouldn’t be the athlete and person he is today if it weren’t for how hard his teammates pushed him to be better.

Daylan Vandivere, a team mate of McCowan’s both in high school and with the Tigers, spoke about McCowan’s work ethic.

“Stephen has worked really hard since high school to be the best thrower he can. Since coming to Campbellsville he has improved greatly,” Vandivere said.

McCowan has had a lot of good things going for him, and has done nothing but make the most out of this opportunity.

He is very humble in his approach, giving a lot of his credit to those around him.

“I’m thankful to God for giving me the ability to go as far as I have in sports as well as my coaches, family, and friends back in Burgin,” McCowan said.

It will be exciting to see what McCowan will bring to the Tigers starting next spring’s track season.