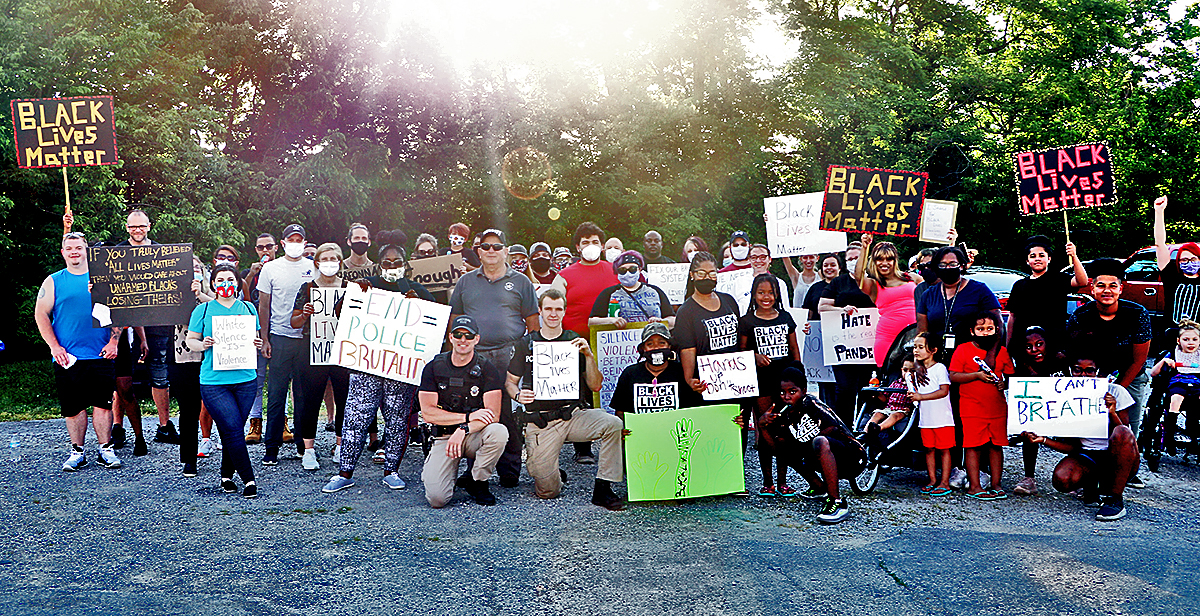 Mercer County Sheriff Ernie Kelty and Harrodsburg Police Officers show unity with protesters before their march downtown Tuesday night. “I think these folks are doing this the right way,” said Kelty. “They are peaceful and just want to be heard. I support them.” (The Harrodsburg Herald/Jennifer Marsh).

Protesters marched through downtown Harrodsburg Tuesday night to bring “awareness of injustice in the justice system.” Before the march they were joined by Mercer County Sheriff Ernie Kelty and officers from the Harrodsburg Police.

“I think these folks are doing this the right way,” Kelty said. “They are peaceful and just want to be heard. I support them.” 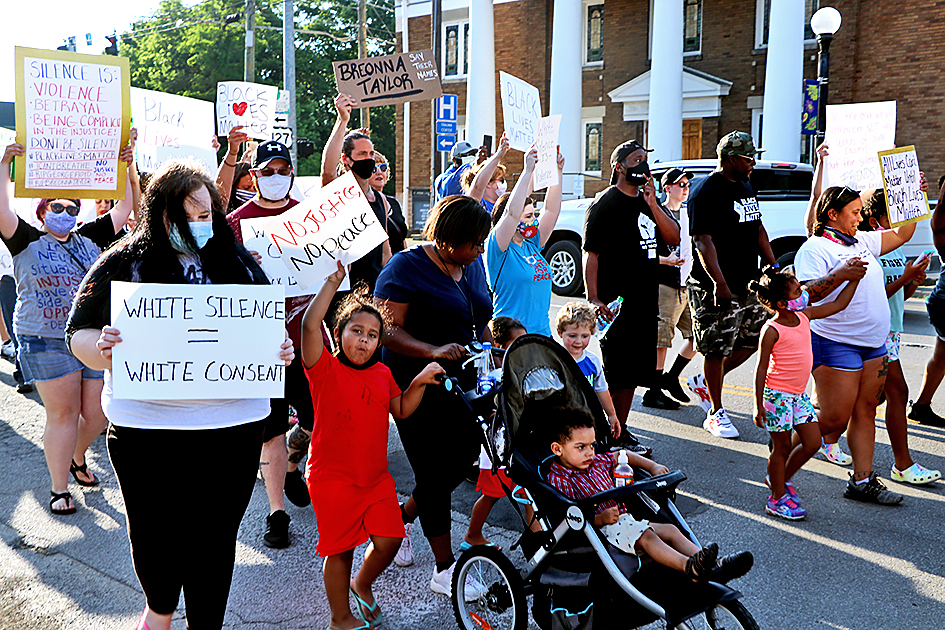 Protestors marched through downtown Harrodsburg Tuesday night to to bring “awareness of injustice in the justice system.” (The Harrodsburg Herald/Jennifer Marsh).

Protests have occurred across the nation since the death of George Floyd while in police custody on May 25 in Minneapolis, Minnesota. In addition, protestors in Kentucky have been advocating for justice in the death of Breonna Taylor, a 26-year-old EMT who was killed during a police raid on her boyfriend’s home in Louisville on March 13.

Some of the protests have been marred by violence committed by both people attending the protests as well as the police, but many have been peaceful. Tennessee National Guardsmen protecting the state capital in Nashville laid down their riot shields after being asked to by a protestor on Monday, according to the Nashville Tennesseean. Police and National Guardsmen across the nation have joined protestors by either taking a knee or joining marches in Los Angeles; Phoenix, Arizona; Atlanta, Georgia; Detroit, Michigan; and New York City, according to USA Today. On Tuesday, Gov. Andy Beshear said he was scaling back the presence of the Kentucky National Guard after dispatching them to Louisville this weekend.