The federal government is charging a Harrodsburg man with running a $10-million Ponzi scheme.

According to court documents, the Commodity Futures Trading Commission is seeking to stop a “Ponzi-like scheme” that has been in operation since September 2018.

According to the federal complaint, William S. Evans III, individually and doing business as Turning Point Investments, has been “fraudulently soliciting and accepting funds from the general public.”

Evans told investors he was using their money to trade commodity futures, but instead the money was misappropriated. The federal agency also charges Evans with misrepresenting his fee structure while magnifying the potential for profits and minimizing the risk of loss.

Federal regulators seek to enjoin what they term to be Evans’ “unlawful acts.” They are also seeking civil monetary penalties and restitution of funds to defrauded investors from both Evans and his wife, Frances Evans, who has also been named as a defendant.

According to court documents, Evans predicted double-digit profits through trading for at least one investor, with a maximum 8-percent risk of loss. He reassured the investor that the profits would cover the cost of liquidating her retirement accounts. The federal government said the trades conducted by Evans resulted in a loss.

In February, the investor, called “Participant A” in the federal complaint, gave Evans $1 million and signed a contract that said he would trade the funds “through his S&P Futures Trading System, S&P Options Trading System and Russell 2000 Trading System.

The federal government maintains Evans and his wife transferred millions from the Turning Point bank account to their personal bank accounts.

“The funds were misappropriated and used to pay participants in a Ponzi-like scheme or for Evans and his wife,” the complaint says.

Over all, the couple defrauded 15 investors of approximately $10 million, according to the federal government.

The Commodity Futures Trading Commission filed a complaint against the Evanses and Turning Point Investments with the Kentucky Eastern District Court on May 28.

According to the court office, a teleconference will be held to consider an injunction against the defendants on Thursday.

They are being charged with violating the commodity exchange act, failing to register as a commodity pool operator, and fraud. The government is asking the court to order the defendants to return the investors’ money as well as pay penalties, costs and fees. 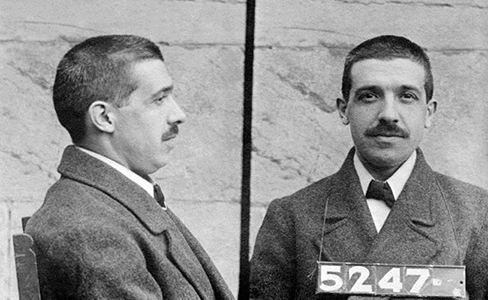 What Is A Ponzi Scheme?

According to the dictionary, a Ponzi Scheme is a form of fraud in which belief in the success of a nonexistent enterprise is fostered by the payment of quick returns to the first investors from money invested by later investors. To boil it down further, a scammer uses Peter’s money to fool Paul into thinking he’s going to get rich.

Such schemes have been around for centuries, but they are named after Charles Ponzi, whose spectacular fall from grace in the 1920s resulted in the closing of at least six banks and cost his investors—which included everyone from paperboys to bank presidents—at least $20 million, which is $253 million in today’s money.

After Ponzi, the most famous practitioner of the Ponzi scheme is Bernard Madoff, a former chairman of NASDAQ. Madoff was found to have defrauded investors of at least $18 billion in 2009. Since Madoff revealed his investment services was nothing more than an elaborate Ponzi scheme, at least four people—including Madoff’s oldest son, Mark—have committed suicide.