Settlement And Raid At Old Fort Harrod, ‘Wizard Of Oz’ At Ragged Edge Canceled Or Postponed Until Next Year 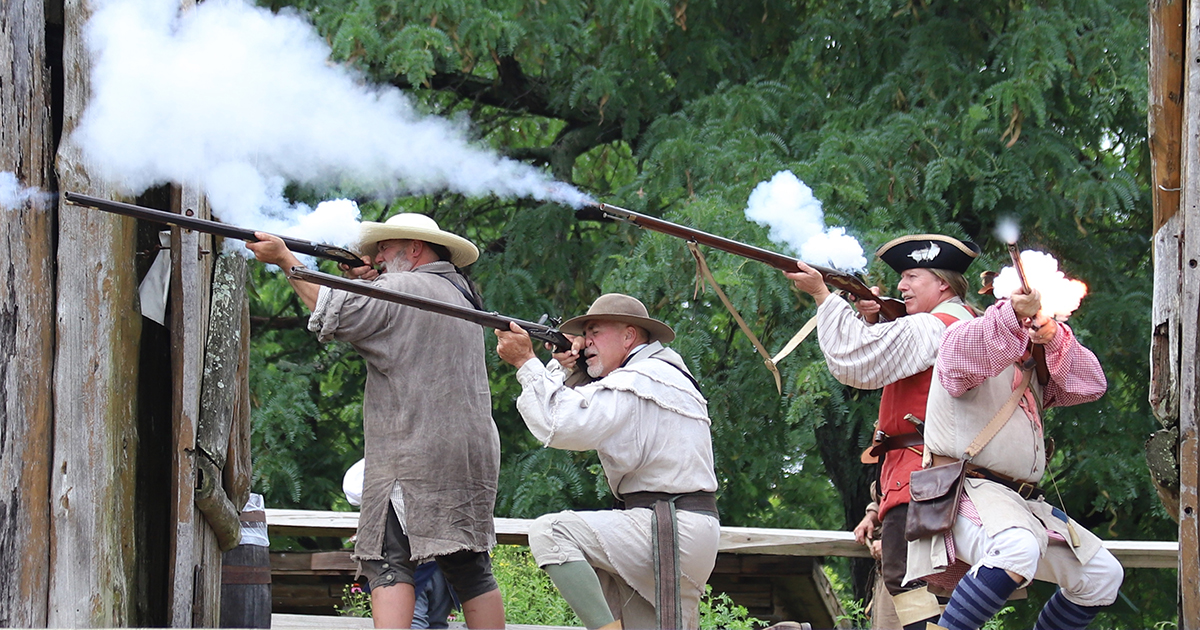 Reenactors battled to save the fort at last year’s Settlement and Raid. The biggest event at Old Fort Harrod State Park, it has been canceled by the state. (The Harrodsburg Herald/Robert Moore).

While Kentucky is beginning to reopen, many local events set for June and July are still being canceled due to the continuing COVID-19 restrictions. Among the events being canceled are the Settlement and Raid at Old Fort Harrod State Park, all the Downtown Market Nights scheduled for May, June and July and the production of “the Wizard of Oz” at Ragged Edge Community Theatre.

David Coleman, manager at Old Fort Harrod, said the state has canceled all events at the park scheduled for June, including the Settlement and Raid, the Founder’s Day Celebration and the Picnic in the Park performance series.

Coleman said the state has not provided any guidance for events in July, but Kentucky’s reopening guidelines don’t allow groups of 50 people or more to gather until July.

While the park grounds remain open from 7 a.m. to 7 p.m. the gift shop and the museum remain closed. Coleman said the state has not instructed him when they may reopen.

The Harrodsburg First Main Street Program has canceled the Downtown Market Nights scheduled for May, June and July.

In a Facebook post, Harrodsburg First said they hope to continue the monthly events later in the summer.

Ragged Edge Community Theatre announced last week their production of “the Wizard of Oz” has been postponed until next year.   Auditions for the production were supposed to be held last weekend.

“While we are disappointed…the safety of everyone involved must always come first,” said Allan Barlow, managing director at Ragged Edge.

Two other summer traditions were canceled in April.

The organizers of the Lights Over Herrington Independence Day fireworks show announced that this year’s production is canceled. The organizers hope to resume the fireworks show—which draws thousands of spectators to the lake along the Mercer County-Garrard County border—in 2021.

Also canceled is the outdoor production of “James Harrod: The Battle For Kentucky.” Organizers say they hope to resume the production at Old Fort Harrod State Park next year.