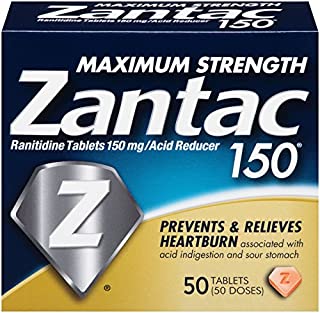 Zantac, the popular heartburn medication, is being recalled because of a possible cancer risk.

The U.S. Food and Drug Administration is requesting manufacturers immediately withdraw all ranitidine drugs–commonly known by the brand name Zantac–due to possible contamination by a suspected carcinogen, N-Nitrosodimethylamine (NDMA). The FDA has determined that NDMA levels in some ranitidine products increase over time and when stored at higher than room temperatures. As a result, the recalled products will no longer be available for new or existing prescriptions or over the counter use.

“We didn’t observe unacceptable levels of NDMA in many of the samples that we tested. However, since we don’t know how or for how long the product might have been stored, we decided that it should not be available to consumers and patients unless its quality can be assured,” said Dr. Janet Woodcock, director of the FDA’s Center for Drug Evaluation and Research. “The FDA will continue our efforts to ensure impurities in other drugs do not exceed acceptable limits so that patients can continue taking medicines without concern.”

NDMA is considered a probable carcinogen. In summer 2019, the FDA learned that independent laboratory testing found NDMA in ranitidine. According to an FDA press release, low levels of NDMA are commonly found in foods and water and would not be expected to lead to an increase in the risk of cancer. However, sustained higher levels of exposure may increase the risk of cancer in humans. The FDA found NDMA in ranitidine at low levels but did not have enough evidence to recommend whether individuals should stop taking ranitidine medicines. However the FDA warned the public in of the potential risks in September 2019.

As a result, major pharmacy chains such as CVS, Walgreens and Walmart announced they would no longer sell Zantac and other over-the-counter ranitidine medications due to concerns they might contain NDMA, according to CNN. One month later, Sanofi voluntarily recalled the over-the-counter formulation of Zantac sold in the United States and Canada. In February 2020, American Health Packaging voluntarily recalled 150 milligram ranitidine tablets. Even with the recalls, the product could still be found online.

Recent testing conducted by the FDA has confirmed that NDMA levels increase in ranitidine even under normal storage conditions, and NDMA has been found to increase significantly in samples stored at higher temperatures, including temperatures the product may be exposed to during distribution and handling by consumers. Testing also showed that the older a ranitidine product is, or the longer the length of time since it was manufactured, the greater the level of NDMA. These conditions may raise the level of NDMA above the acceptable daily intake limit.

Zantac is most commonly used to treat and prevent heartburn as well as stomach ulcers, gastroesophageal reflux disease (GERD) and conditions that cause too much stomach acid. According to the FDA, all formulations, including injectable and compounded, are affected by the recall.

The FDA is notifying all manufacturers to withdraw their products from the market. The FDA is also advising consumers taking over the counter ranitidine to stop taking any tablets or liquid they currently have, dispose of them properly and not buy more. Users are asked to consider other approved products to treat their conditions. Patients taking prescription ranitidine should speak with their health care professional before stopping the medicine. There are multiple drugs approved for the same or similar uses that do not carry the same risks from NDMA such as famotidine (Pepcid), cimetidine (Tagamet), esomeprazole (Nexium), lansoprazole (Prevacid) or omeprazole (Prilosec).

In light of the current COVID-19 pandemic, the FDA recommends patients and consumers not take their medicines to a drug take-back location but follow the specific disposal instructions in the medication guide or package insert or follow the agency’s recommended steps, which include ways to safely dispose of these medications at home. 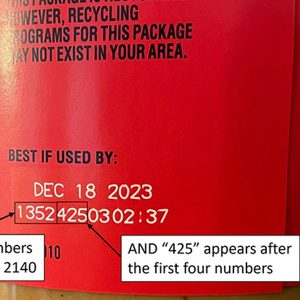