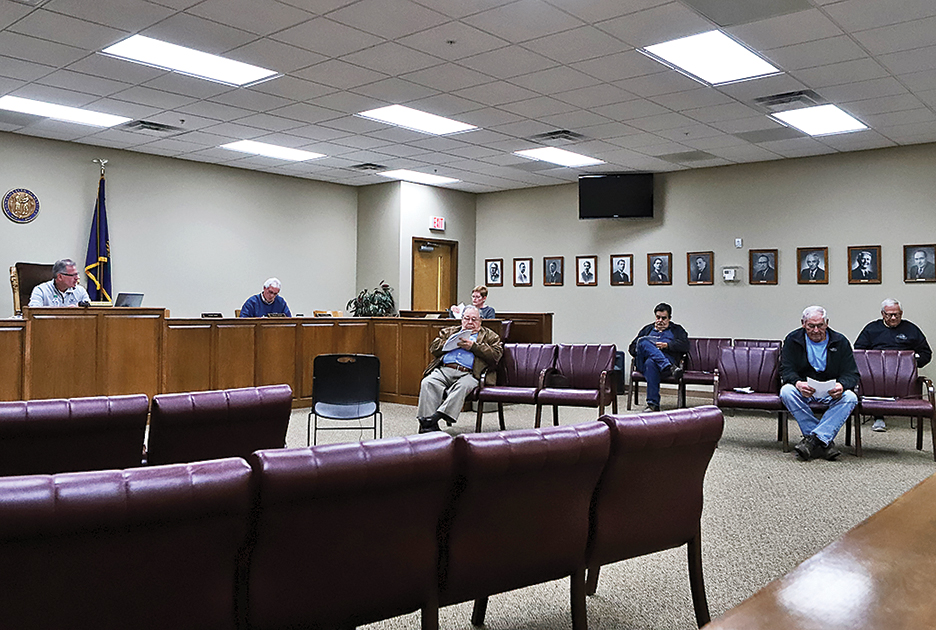 The new rates are $25 per load for truck bed load and $200 per dump truck load. The rates for Mercer County residents and for those who own property in Mercer County will remain the same. However, the latter group will have to provide the address for the property they own to the employee at the transfer station. The price increase goes into effect April 1

Officials say they hope the rate increase will deter people from taking advantage of the lower rates. Many people are bringing garbage from out of the county either because it’s cheaper or because their county doesn’t have a transfer station.

Magistrate Tim Darland said people outside the county need to be charged for more for dumping garbage at transfer station.

“It’s crazy how many people who come from out of the county,” Darland said.

Judge-Executive Milward Dedman said they would look at what other counties were charging to see what Mercer should do. Dedman was also unable to give a progress report on what the county is going to do to dispose of dead animals. In February, the company that had been handling carcass removal for Mercer and 17 other counties in Central Kentucky went out of business.

However, Judge Dedman said Mercer County had nothing to announce.

“We’re still working on that,” he said.

Mercer County Attorney Ted Dean reported that the current population at Boyle County Detention Center as of Tuesday morning was 165. Most of those inmates, 118, are state inmates.

Dean said the low population was a collective effort by local prosecutors and judges, who were asked by the Kentucky Department of Corrections to minimize the jail population because of COVID-19 concerns

Dean said Boyle County Jailer Brian Wofford was reporting illnesses in his staff that do not appear to be COVID-19.

“If you’ve got a fever, they don’t want you in the facility until you have been cleared,” Dean said.

He said he was warned that overtime for jail staff would be up because they were so shorthanded.

Magistrates were also presented with the joint jail budget but took no action.

•            Approved the Mercer County Tax Administrator extending the filing deadline for net profit tax returns from April 15 to July 15, following the IRS. As with the IRS, penalties will not be charged, but interest will continue to accrue, according to Mercer Treasurer Sandy Sanders.

•            Approved bids for asphalt and laying asphalt submitted by Mego Construction; crushed stone and rock, crushed stone base, channel lining II and cold mix submitted by Mercer Stone; motor fuel by Southern Petroleum; and cutting hay at the landfill by Terry Turner. In each case, the winning bidder was the only one to bid for the job.

•            Approved tabeling planning and zoning objectives for 2020—Magistrates did not have a chance to read through the objectives.

The next meeting of the Mercer County Fiscal Court will be held on Tuesday, April 14, at 10 a.m.

The next meeting of the Harrodsburg City Commission will be on Monday, April 13, at 6 p.m.