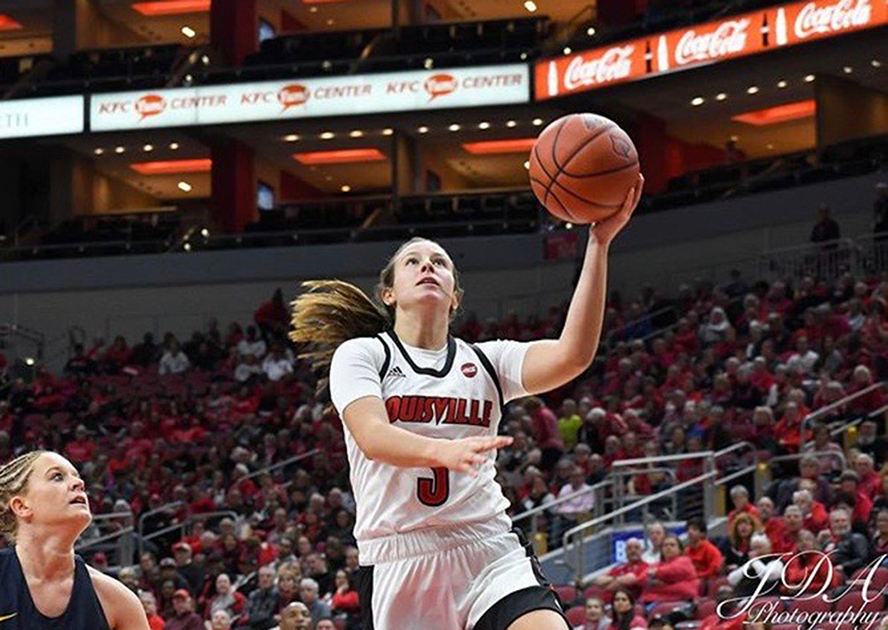 Seygan Robins’ sophomore season was shortened because of injury. Robins is working hard to make up for lost time. (Image submitted.)

Seygan Robins has quite the success story while playing for Mercer County High School.

Not only did she help lead the Titans to an astonishing 36-3 record, they more importantly won the 2017 state championship, their second in a row.

The game ended in a 74-34 blowout victory for the Titans, where Robins, who was named Miss Basketball that season, contributed 8 points.

The girls were all riding high and Robins, a five star recruit, was ready to take the next step in her basketball career with the Louisville Cardinals.

Despite her accomplishments, Robins was still humble when talking about her home town, school, and basketball teams she’s played for.

“This community supported me along with our whole Lady Titans team in our future endeavors and future basketball careers,” Robins said. “People in the community were always eager and willing to provide us with any type of support they could to help us reach our goals. Looking back, I did not realize during my high school basketball career how lucky I was to have a community that backed us up the way this community always did.”

The Mercer County community has a lot to be proud of in Robins too. 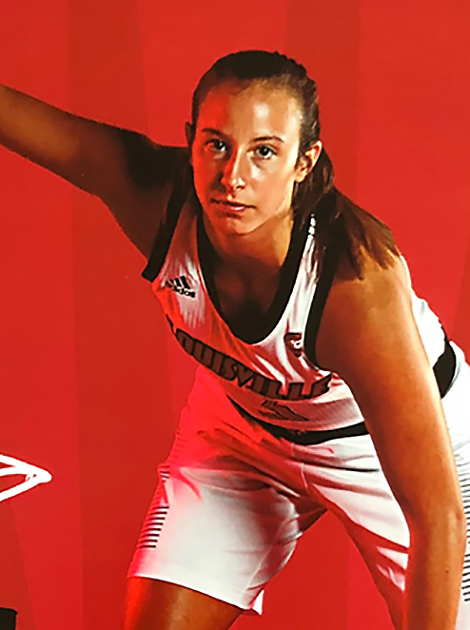 She is now finishing her second season with the Cardinals. In her first season, she only averaged 7.5 minutes a game but was ready to take a leap forward following that freshman year.

She played 11 minutes a game in the first two games and got a steal in both.

Unfortunately for Robins though, she ended up suffering a major ankle injury and would need surgery, ultimately ending the rest of her sophomore season.

Robins isn’t letting this slow her down though. Under NCAA rules, she was able to gain an extra year of eligibility as a red-shirt.

She knows the player she can be and is working hard at becoming that once her now red-shirt sophomore season starts.

The work has never stopped or even slowed down for her. Since having the surgery, she has put in an immense amount of work to not only recover but to be better than she was before.

“I have done rehab workouts and therapy nonstop since my surgery and am hoping to allow my ankle time to heal before we get started back up next season,” Robins said. “Going into next season, I hope to try to build off the unique perspective and knowledge I was able to gain by being on the sidelines of practices and games this season.”

The Cardinals were shaping up to have a good tournament run this season, similar to the last. They were heading into tournament play as the sixth ranked team in the country and had a good chance at competing for a top seed in the NCAA tournament.

That was until the cancellation of the tournament, along with every other sporting event.

It was heartbreaking not just for Robins but for the team as a whole. This isn’t how any player likes their season to be ended, but Robins knows theres still more ball to be played, and is focused on next year.

“Even though the tournament was canceled this season and I did not play much as a freshman, experiencing an elite eight, just being a part of a team that makes or had potential to make a deep run in the tournament is unlike any other feeling,” Robins said. “It’s for sure a once in a lifetime experience. The memories we make as a team during the tournament and throughout the whole season are so unique and definitely unforgettable.”

She still has three years left of Cardinal basketball. Three years of growth, achievement and solidifying even further, her successful basketball career.

Even in high school it was all about hard work and having fun playing the game she loves.  Look for the level of play to only increase going forward from Robins, she is highly anticipating the 2020-2021 season, and wants everyone else to be as well.