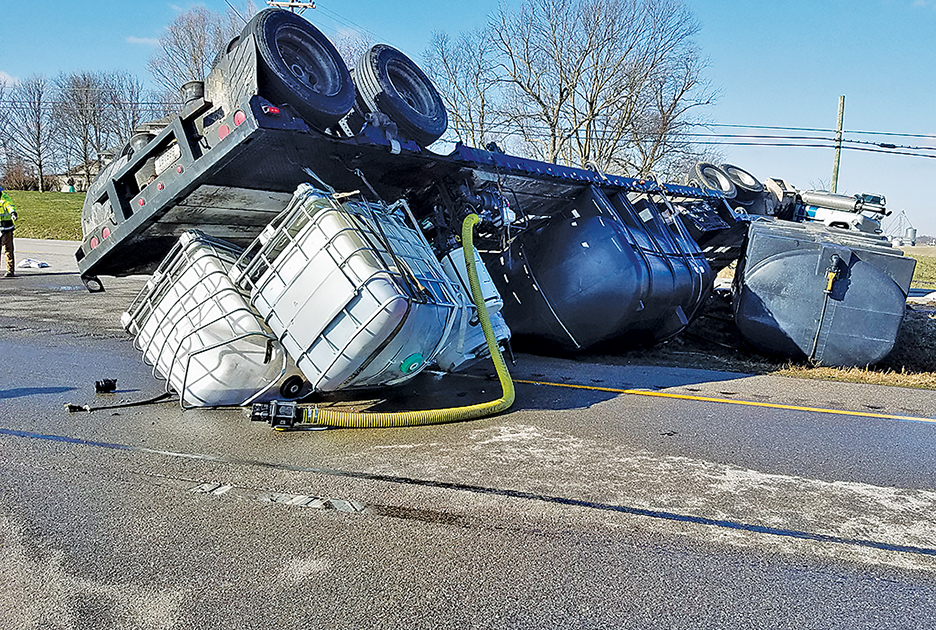 It took over nine hours to clean up the mess after a tractor-trailer delivering liquid nitrogen fertilizer overturned while trying to cross   US 127.

According to Deputy C.W. Gaddis of the Mercer County Sheriff’s Office, the weight shifted while the truck was crossing the median strip about one mile north of Anderson-Dean Community Park

The highway was  closed in both directions until the roadway could be cleared. The driver suffered minor injuries in the accident but no one was harmed, Gaddis said.

The deputy said there is a possibility the brakes might have failed in the accident, but no charges have been filed. 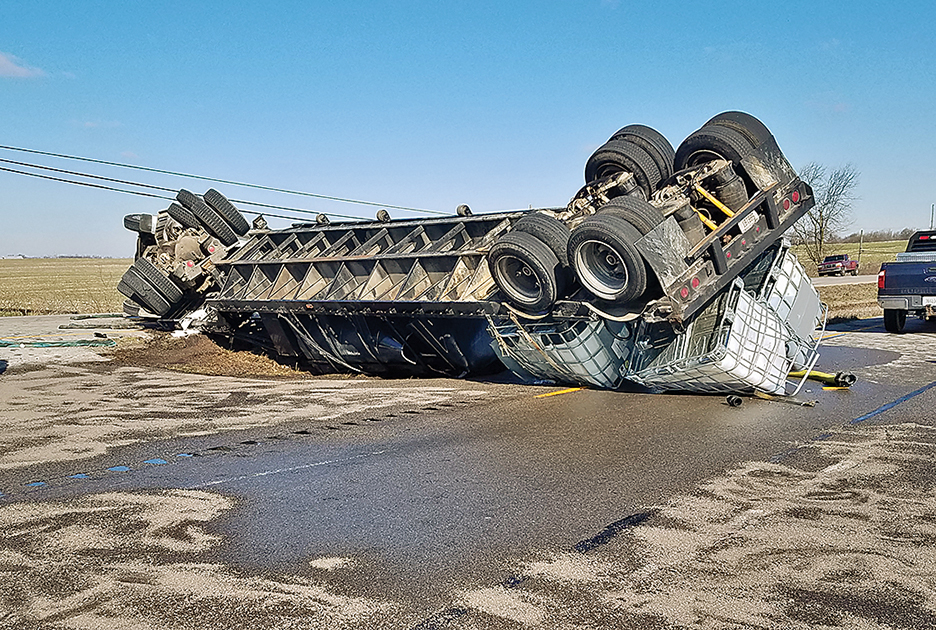 (Photo: Dep. C.W. Gaddis) The driver suffered minor injuries after overturning a semi on U.S. 127 Saturday. No one else was injured in the accident.