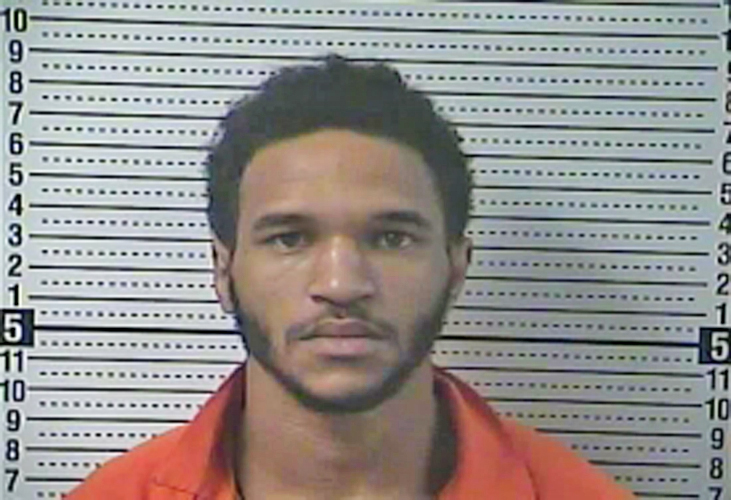 Deputies from the Mercer County Sheriff arrested a man who has been connected to the armed robbery of a drug house in Louisville last week.

According to Dep. Matt Swabey, the sheriff’s office had received complaints on Wednesday, Jan. 22about a parked vehicle on U.S. 127 south of Oregon Road.

Sewell and the other person in the car told the deputies they had run out of gas and two other passengers had left to find a gas station. However, their stories did not match, Swabey said.

After finding Sewell had a warrant for his arrest for Louisville, deputies searched the car, finding a 9-millimeter handgun, a substance they believed to be crystal methamphetamine and $1,200 in counterfeit cash. Sewell was taken into custody and several days later, the sheriff’s office was contacted by police in Indiana who believed Sewell is one of three men who forced their way inside a drug house in Louisville and opened fire on two men who lived there.

According to WDRB, the armed robbery happened around 4 a.m. on Wednesday, Jan. 22. By 9:53 p.m. that same day, Sewell was in custody at Boyle County Detention Center and charged with 1st-degree possession of methamphetamine, 3rd-degree criminal possession of a forged instrument and carrying a concealed weapon. In addition, he has been charged as a fugitive from another state and he is being held on bonds worth $35,000.

Sewell was connected to the Louisville robbery when police found his ID card at the scene. According to WDRB, witnesses also identified him as one of the robbers.

Five of the seven suspects—including the two victims, who were arrested on drug charges—are currently behind bars, according to WDRB. Sewell and two other men, Ethan James and Austin Wilson, who are both in custody in Indiana, have been charged with the robbery.

Swabey said Wilson and James were the other two men in Sewell’s car that night. He said a truck that he believes they stole has not been recovered.

The investigation into the robbery and shooting remains ongoing. Swabey is the arresting officer, with backup from Dep. Sean Brown and Dep. Steve Peyton.