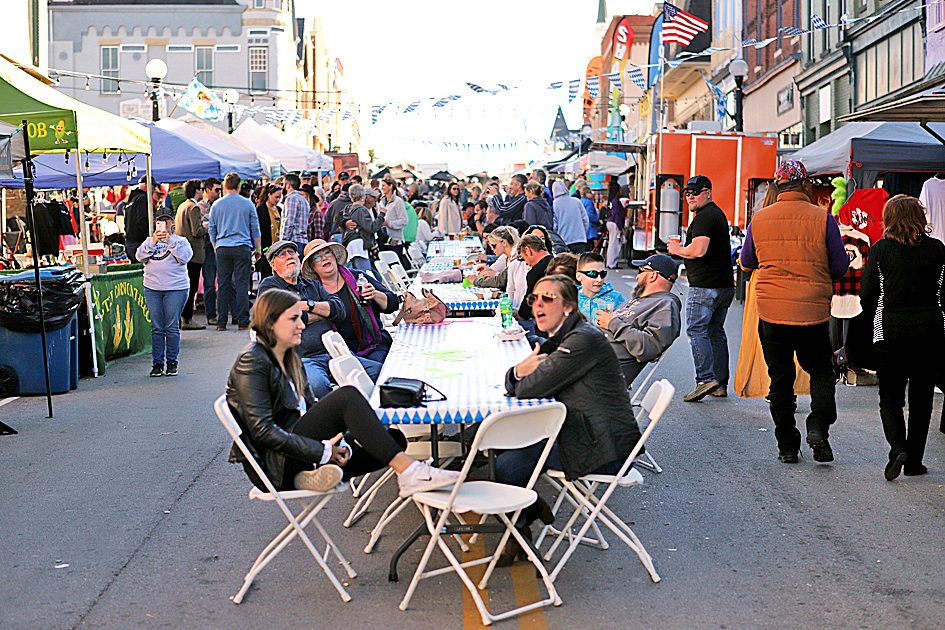 It’s almost February, a time when most snow birds are thinking about flying away from Harrodsburg for warmer climes.

But on Monday night, the Harrodsburg City Commission was thinking about getting people to travel to the city.

They got a progress report on Harrodsburg’s 250th anniversary celebration from Tony Dunbar, who chairs the anniversary committee.

The city is moving ahead with the new logo  which was designed by Tony Dunbar’s son, Austin Dunbar, of Durham Brand and Company in Covington.

Dunbar noted the city is using the new logo on its stationary in addition to adding signage with the logo on city hall.

Tony Dunbar said the new logo, which includes the tag line “Kentucky Starts Here,” was designed to be adapted by other attractions in the area, and gave a few examples, such as  “Adventure starts here at Old Fort Harrod. Hospitality starts here at Beaumont Inn.”

Dunbar said the hardest thing was getting a new organization up and running. He said the anniversary committee has attained 501C3 status and there are plans to expand the board of directors. Dunbar said 12-13 other people have been invited to join the board. He said annual elections are coming up soon.

In addition to expanding the steering committee, they have established six separate subcommittees to handle facets of the 250th celebration, including event planning, history and research and beautification.

At the anniversary committee’s next meeting on Feb. 18 Dunbar said they are looking at drafting a strategic plan. He said it would take a few months to get everything completed and approved.

Dunbar also discussed the anniversary website, which will carry the strategic plan as well as events. This way, he said, possible sponsors will be able to see the plan.

He told the commissioners that the anniversary committee has over $17,000 in  a bank account so far.

“This is just four years away,” he said. “Sounds like a lot of time but man do we have a lot to do.”

Dunbar, a retired Air Force officer, admitted planning the celebration had moved slower than he wanted.

“You’re not in the military any more and things don’t move as quickly,” Mayor Art Freeman advised him. “Be patient with people, because people in Harrodsburg can drive you nuts.”

LeMayne Ellis of Lemons Mill Brewery and Tim Kazimer of the Kentucky Fudge Company also talked to the commission about a new festival called A Thing On Main (ATOM). Proceeds will benefit Honor Flight Kentucky.

Ellis and Kazimer asked for traffic to be blocked off from Poplar Street to the Opera House. They said the one day festival will feature live music from 11 a.m. to 11 p.m. on Saturday, May 16.

In addition, there will be food, craft beer and other vendors. Proceeds will benefit Honor Flight Kentucky.

Mayor Freeman also asked the city commission about asking the organizers of Broadway Days to not hold their festival at the same time Old Fort Harrod State Park will hold their annual Settlement and Raid event, which is scheduled for June 19-21.

Freeman said he’d spoken with Fort Harrod, the Friends of Old Fort Harrod and the state. The mayor asked for permission to send a letter to the Broadway Days committee chairman, Sindicat “Sid” Dunn, informing him the city wouldn’t close Broadway if they had the festival on the same day. Everyone agreed, but there was no formal vote. 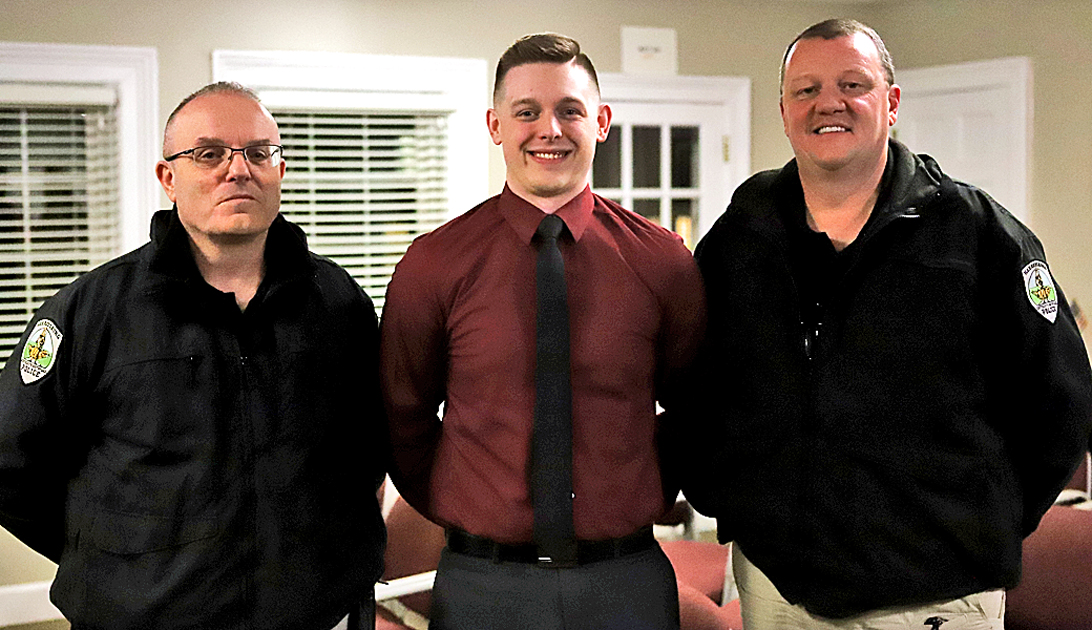 • Heard a progress report on La Fonda. Earlier this month, the city closed Olde Towne Park because of concerns about the wall at La Fonda Mexican Restaurant. At the last city commission meeting, they agreed to pay half the cost of repairing the wall.

On Monday night, Freeman presented the commissioners with an invoice for $19,500. The mayor said the work has passed inspection and needs to be waterproofed and sealed. When the city pays their share, Freeman said they will no longer be responsible for the wall.

• Approved resolution 2020-10-27, allowing the Kentucky Transportation Cabinet to install signs on U.S 127 to honor Trevon Faulkner and Seygan Robins, who are the only two students from the same school to be named Mr. and Mrs. Basketball in the history of Kentucky athletics.

• Gave second reading to a zoning amendment changing property owned by Priorities LLC and Tim and Crystal Darland located on Pinehurst Way from B-3 (business) to R-2 (residential).