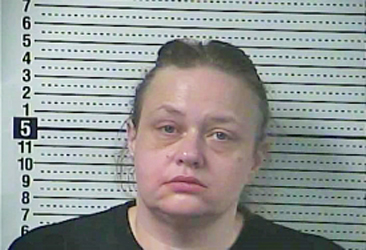 A Harrodsburg woman has been charged with the attempted murder of her husband.

On Monday, Jan. 20, at 8:30 a.m., police were called to the apartment complex on Magnolia Street by Tonia Danielle Chilton, 41, of Harrodsburg.

Patrolman Aaron Steele of the Harrodsburg Police Department put pressure on Earl Chilton’s chest while another officer, Patrolman Andrew Lay, stayed outside with Tonia Chilton. When the Harrodsburg Fire Department and Mercer County Emergency Medical Services arrived, paramedics found Earl Chilton had been stabbed three times, according to the uniform citation. All puncture wounds were within an inch of the man’s heart.

After she had been read her rights, Tonia Chilton said she did not want to answer any questions, according to the uniform citation.

Earl Chilton was taken to the University of Kentucky Medical Center for treatment. His condition is unknown.

Tonia Chilton was arrested and charged with attempted murder—domestic violence. She is being held without bond.

Patrolman Aaron Steele (HPD) made the arrest, with assistance from Patrolman Andrew Lay.