• Devan Patton, 30, of 214 Fort Street, is charged with 1st-degree strangulation, a class C felony; unlawful imprisonment and 1st-degree criminal mischief, both class D felonies; and 4th-degree assault, a class A misdemeanor. According to the indictment, on Dec. 6, 2019, Patton used his hands to intentionally impede the normal breathing of his victim. Bail was set at $15,000. Patrolman Akio Tonge (Harrodsburg Police Department) testified.

• Lejordan Douglas, 24, of 424 East Fifth Street, Lexington, is charged with possession of matter portraying a sexual 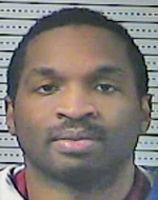 performance with a minor, a class D felony, and distribution of obscene matter to a minor, a class A misdemeanor. Both offenses occurred on Sept. 1, 2019. Bail was set at $5,000. Capt. Scott Elder (Mercer County Sheriff’s Office) testified.

• A local man who attacked first responders trying to help him, was indicted for assault. 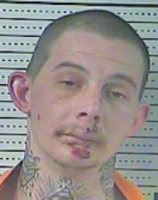 First responders found Thomas Aaron Reed, 32, of 460 Tabler Avenue, who appeared to be suffering a head wound. While being treated on the scene, Reed became physically and verbally aggressive and had to be restrained before being transported to the hospital for medical care.

On the way to the hospital, Reed kicked an EMT in the face, according to the uniform citation.

Reed  is charged with 3rd-degree assault, a class D felony, and disorderly conduct, a class A misdemeanor. Bond was set at $5,000 with the condition Reed have no contact with the victim. Patrolman Akio Tonge (HPD) testified.

For the rest of the indictments, pick up the latest issue of the Harrodsburg Herald.