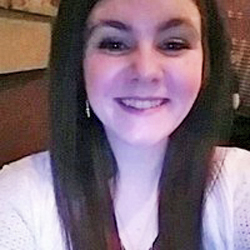 A 7-month-old child survived the accident that claimed the lives of her parents Saturday night.

Kelty said their SUV slid off the road and smashed through a guardrail before hitting a tree.

Both Murphy and Sparks were dead by the time deputies arrived on the scene, Kelty said.

According to the sheriff, a passerby stopped and wrapped the infant in a blanket to keep it warm until the baby could be taken to the hospital. According to Sparks’ relatives, the child is fine and is now with Christa Murphy’s mother.

Mackville Road was closed until approximately 1:30 a.m. Sunday morning. Investigators are still trying to determine the cause of the accident, the 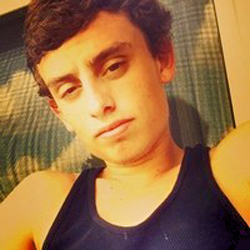 Danville and worked in construction. Murphy was a 2012 graduate of Mercer County Senior High School and had worked at several local restaurants, including Wah Mei in Harrodsburg.

Sparks’s family are asking for donations towards his funeral expenses be sent to Alexander & Royalty (304 East Lexington Street, Harrodsburg, KY 40330). For more information, call 734-3361 or visit alexanderandroyalty.com. Donations must be labeled “Gregory Sparks.”

The Southside Christian Church (1950 Danville Road) is accepting donations for Sparks and Murphy’s daughter Monday through Thursday, 11 a.m. until 1 p.m. In addition to monetary donations, clothing (infants size 6 months and larger) will also be accepted. For more information, call 859-955-4024.