A Mercer County sheriff’s deputy is on administrative leave after he and his wife were involved in a domestic dispute last week. 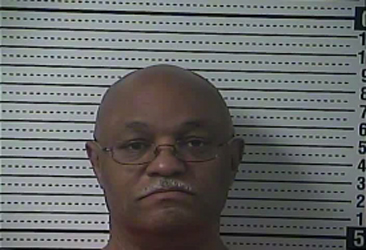 On Friday, Jan. 10, at 10:37 p.m., officers from the Harrodsburg Police Department and the Kentucky State Police were dispatched to a home on Greenwood Drive. According to the uniform citations, officers found two large piles of clothing on the front yard of the home of Roxanna and Dep. Paul Parks of the Mercer County Sheriff’s Office.

According to the report filed by State Trooper Dollins, Dep. Parks, 57, said his wife had accused him of marital misconduct and demanded he leave the residence, then began throwing his clothes out on the lawn, including his department-issued equipment.

Dep. Parks said his wife bumped him a few times, but he had not been physical towards her. According to the state trooper’s report, the deputy said he had just had neck surgery and he did not want to be in a physical altercation. 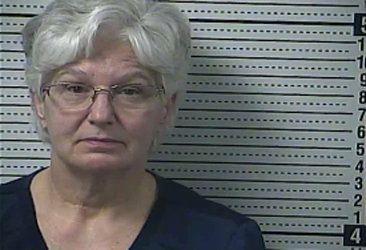 Roxanna Parks, 59, said she had told her husband to leave their home. During an ensuing physical altercation, she said her husband grabbed her and shoved her into a wall.

According to the state trooper’s report, Roxanna Parks had a cut to her left forearm, which was bleeding, and a bruised knuckle. She told police she also had bruises on her legs. She told police this was not the first physical altercation the couple had been involved in.

Paul Parks had no injuries, according to the uniform citation.

Police took photographs of Roxanna Park’s injuries and the front of the house. According to the uniform citation, officers from the Mercer County Sheriff’s Office arrived and took possession of Dep. Parks’ service weapons.

Dep. Parks was arrested and charged with 4th-degree assault—domestic violence (minor injury). His bond was set at $2,500, with the condition he have no contact with Roxanna Parks.

According to the uniform citation filed by Cpl. Chris Booth of the Harrodsburg Police Department, while waiting for the KSP to arrive, Roxanna Parks charged Dep. Parks “in an aggressive manner” despite direct orders to remain away from him. According to the report, Roxanna Parks continued trying to pull away even after being told she was under arrest. She was charged with menacing and resisting arrest. Her bond was set at $2,500 with the condition she have no contact with Paul Parks.

Mercer County Sheriff Ernie Kelty said the investigation was being handled by the KSP and the HPD.

“As far as the sheriff’s office is concerned, he is on administrative leave and we are conducting an internal review,” Sheriff Kelty said.

Kelty said the final decision will be based on the outcome of the case as well as the internal review.

“We will make a final decision at that time,” he said.