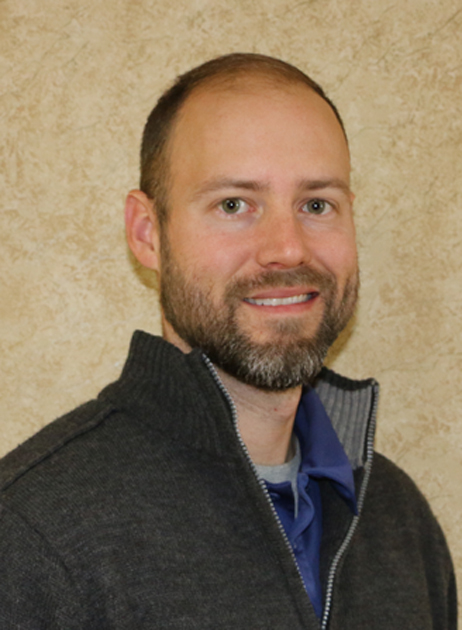 Levi Henderson has served as water treatment superintendent for the City of Harrodsburg since 2014. “I grew up here, I love the people and family I have here,” said Henderson.

(Editor’s note: This is a series interviewing community leaders to share their thoughts and goals for the community.)

Levi Zachary Henderson, current water treatment superintendent for the City of Harrodsburg, is a native to Mercer County.

“I grew up here, I love the people and family I have here,” said Henderson. “We are a small town with big aspirations.”

Henderson has been superintendent at the water treatment plant since 2014. Before that, he was an operator within the plant.

“Our department is in charge of providing safe and clean drinking water,” said Henderson. “We clean about 3.5 million gallons of water per day.”

The treatment plant pulls raw unclean water from the Kentucky River using pumps to the plant.

“Once the water reaches the plant it goes through the treatment process,” said Henderson. “The pre-treatment is oxidation, chlorine for disinfection, removal of sediment and a carbon is added for absorption.”

Henderson said after pre-treatment, the water is left to settle allowing for any other sediment or organics to gather.

“After settling, the water passes through six filters before being chemically treated,” said Henderson. “We do a pH adjustment, fluoride and chlorine again for disinfection.”

Henderson said after treatment, the water is stored below ground before being distributed to the water towers and customer distribution systems.

“Water quality is analyzed on each of these characteristics at a minimum of every four hours,” said Henderson. “It is monitored continuously by operators; adjusting chemical as needed to meet target parameters.”

“Drought and flooding are creating new challenges for us to overcome,” said Henderson. “We are constantly consulting state and federal agencies and are doing our best to adapt.”

The Harrodsburg Water Treatment Plant has undergone several upgrades over the last 10 years and Henderson hopes to keep upgrading.

“It is always our goal to be proactive in implementing treatment techniques, eliminating issues and providing better water quality,” said Henderson. “Recently the source water had a change in pH or a turnover effect that increased manganese in the water. We were unable to remove it effectively causing discolouration in distribution.”

Henderson said the discolouration was harmless.

Upgrades to the water treatment facility happen regularly according to Henderson.

“In 2015 we upgraded the supervisory control and data acquisition software,” said Henderson. “Essentially the brains of the whole operation.”

““We hope to implement an improved method for lagoon operations and land application of solids process within the next ten years,” said Henderson. ” It would involve cleaning lagoons, waste removal and more.”

Henderson also would like to offer professional training to his staff.

“I would like to see every staff member become class four certified,” said Henderson. “The formal training would help us all improve the safety and efficiency of the plant.”

Henderson said he would also like to see an asset management plan implemented and raw water intake upgraded.

“I would like tosee a 25 to 50-year asset management plan implemented to include upgrading raw water intake mains and finished water transmission mains to town,” said Henderson. “Larger mains will be required in the future to continue to meet growing demand and replace aging infrastructure.”

“We strive for excellence in our industry and want to ensure not only customer satisfaction but produce the best quality of drinking water in an economical way, while staying ahead with emerging technologies,” said Henderson.