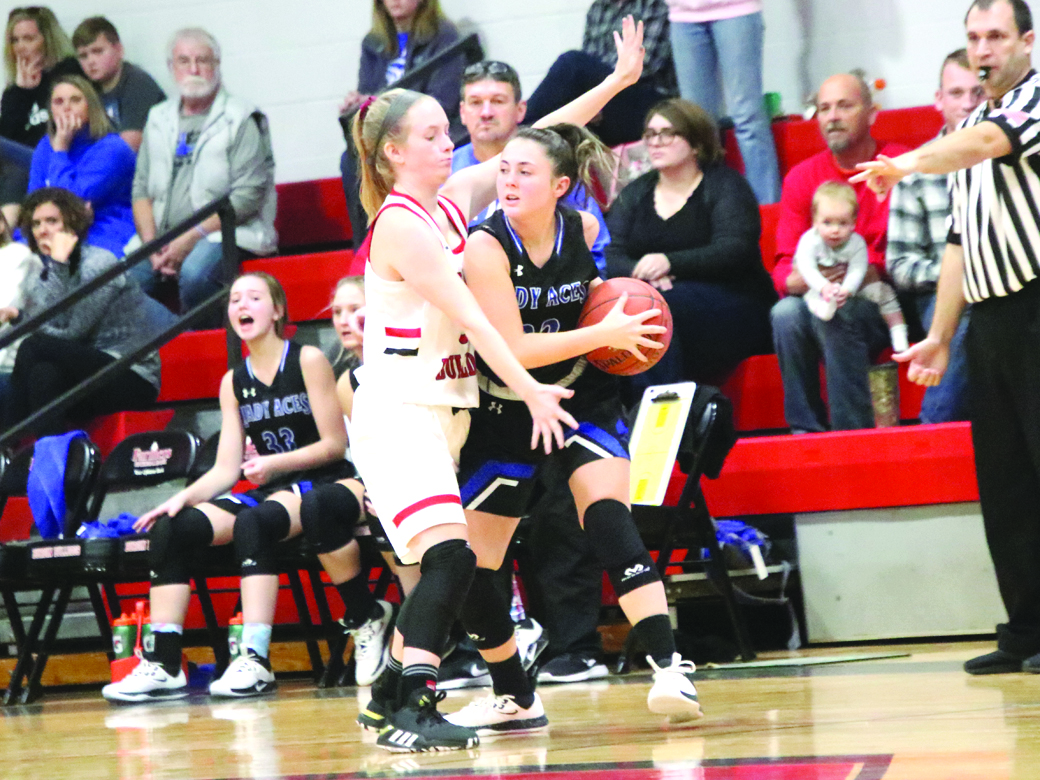 Burgin senior Madison Gilkison (left) pressures Frederick Fraize’s Lilly Nottingham near half court in the battle between the Lady Bulldogs and Lady Aces on Saturday, Dec. 14, at Burgin Independent School. Gilkison is one of two seniors on the Burgin roster. (photo by Arpan Dixit)

After defeating KSD in their home opener last Thursday, the Burgin Lady Bulldogs (1-4) have dropped their last three games, most recently in a 53-39 contest to the Frederick Fraize Lady Aces (1-4) on Saturday, Dec. 14, in the first game of a boy/girl doubleheader.

Prior to Saturday’s game, Burgin dropped games to Augusta and Sayre.

Head Coach Keith Monson said despite the loss, his team is making strides every game.

“I think our overall intensity has picked up over the last few games. We fell way behind in our previous game against Sayre, but really played hard to get it under 10 points and had a few opportunities to get even closer,” he said.

Monson pointed to free throw shooting as one of the deciding factors in the loss to Frederick Fraize, and he was right. Burgin shot 8-22 at the line for 36-percent.

“We had been shooting around 70-percent prior to this game. Unfortunately, they didn’t go in tonight,” said Monson. “I think they are learning and understanding more about the game. We just need to shoot the ball better.”

Burgin has gotten good looks through fives games this season, but haven’t been able to form consistency on outside shots, shooting just under 25-percent for the year.

“They are working hard in games and in practice and I think the shooting will come,” said Monson.

The Lady Bulldogs only trailed by two after the first quarter, 12-10, but took a step back in the second and finished the first half down six, 23-17.

The third quarter was where the Lady Aces pulled away, edging Burgin 18-10 in the quarter.

After seventh grader Gabby Thompson sank two free throws, freshman Baleigh Turner hit her only shot of the game behind the arc to cut the lead to 10 with six minutes to play.

Frederick Fraize used another run and were able to force timely turnovers to secure their first victory of the young season.

Turner, Stewart and senior Julia Arnett each hit a shot from beyong the arc for Burgin.

Sophomore Ellie Jenkins was the top facilitator for the Lady Bulldogs with three assists to go along with two points and four rebounds.

The Lady Aces had two players in double digits. Olivia Weatherholt had a game-high 20 points and Lily Nottingham pitched in 17 points.

Burgin will participate in the Burgin Invitational on Saturday, Dec. 21, hosting Cordia at 1 p.m. and Covington Latin at 3 p.m., for back-to-back games.

It will be a challenge for the Lady Bulldogs to play two games in one day, but Monson is eager to see how his team responds.

“That could be a big factor especially in the second game but I have confidence in our players right now and think we can run in several players and hopefully stay fresh,” said Monson. “The good part is even though we are 1-4, we have played well in spurts in every game and they’re starting to realize that a bad pass, missed shot or careless turnovers can change the game.” 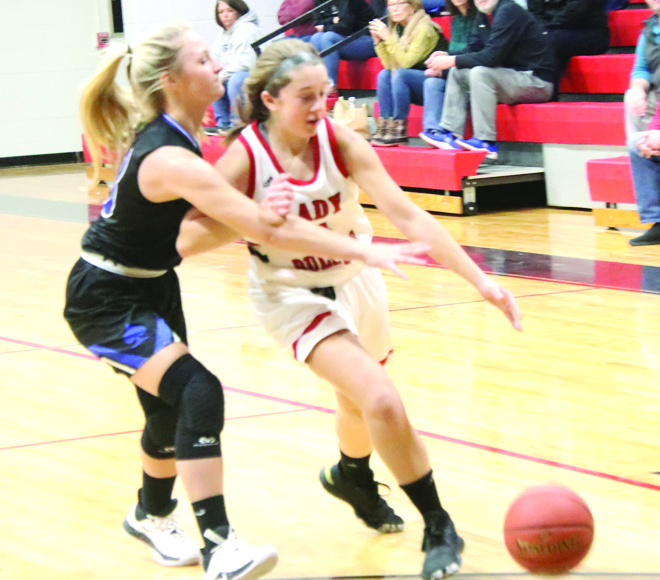 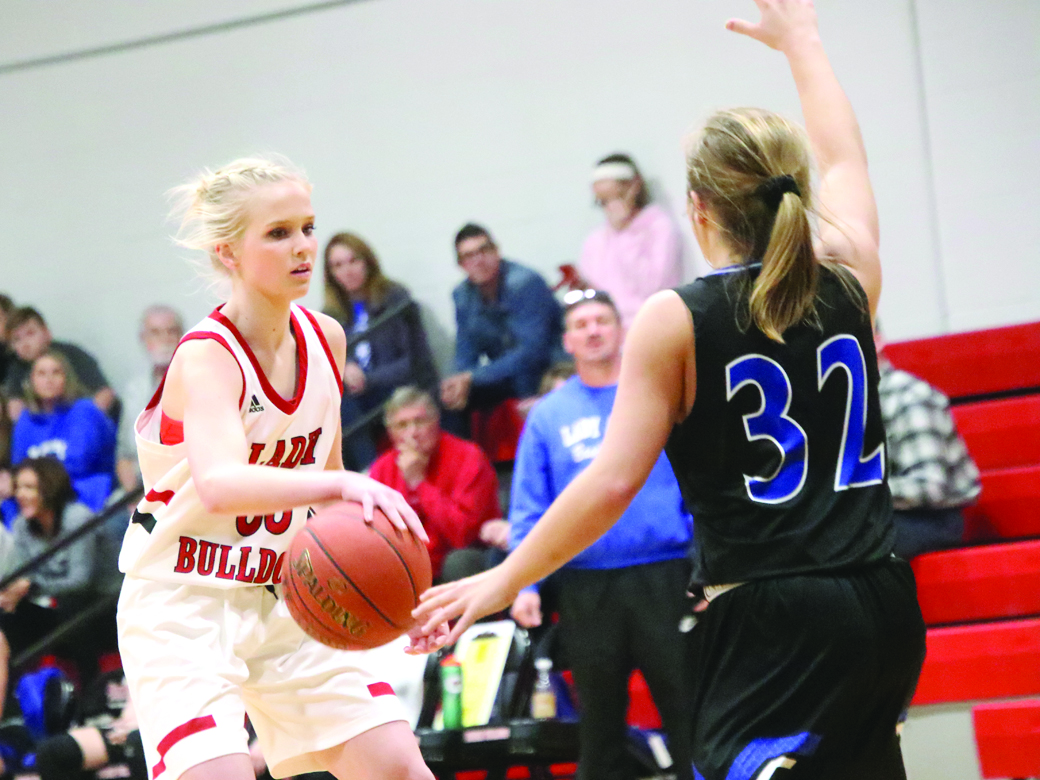 Burgin freshman Kaiden Lewis (left) stops at the top of the three-point line and ponders her next move against the Frederick Fraize Lady Aces on Saturday, December 14, at Burgin Independent School. Lewis played her second game of the season and scored two points from the foul line. (photo by Arpan Dixit)