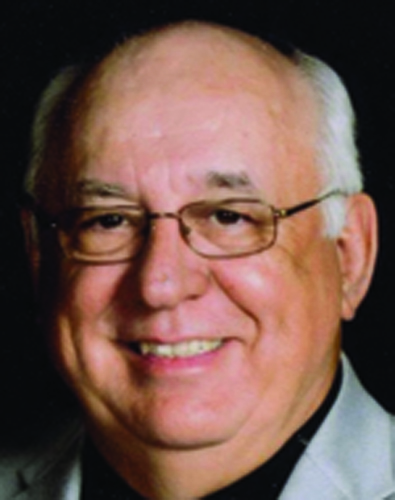 Jack Mattingly went before the Harrodsburg City Commission and the Mercer County Fiscal Court to ask for money for repairs at Anderson-Dean Community Park.

Mattingly said the park needs funds to replace the HVAC system in the Hitachi building at Anderson-Dean. He said the building also serves as the local office for the service officer with the Kentucky Department of Veteran Affairs, who moved to Danville. He said he didn’t want that arrangement to be permanent.

Mattingly, a Vietnam veteran who serves as president of the Vietnam Veterans of America, said the office is convenient for many veterans who have mobility issues.

“That office worked perfect for our veterans,” he told the fiscal court Tuesday. “They could park in front of the door and wheel right in.”

Mattingly said the building has not had HVAC for three months, but the magistrates said this is the first they’ve heard of it. Judge-Executive Milward Dedman said Park Manager Mark Bryant had not brought the issue before the fiscal court.

“Mark has not said a word about it,” Dedman said.

The judge said he would meet with Harrodsburg Mayor Art Freeman to discuss paying for the new HVAC as well as replacing other aging equipment at the park. The county and city have been setting aside funds for repairs to the park, but most recently, those funds have been directed to paving and resurfacing trails.

The cheapest bid they’ve received to replace the HVAC so far is around $3,200, Mattingly said. There has been discussion about someone possibly donating the HVAC system.

Mattingly has served on the Anderson-Dean park board for eight years, but he resigned this month. He said the current park board is one of the best they’ve ever had. Mattingly asked for the city—which had pondered removing the park board at an earlier meeting—and the fiscal court to stand behind them.

“She’s done an outstanding job,” Mattingly said of Joni Horn, the new chair of the park board.

Before he left, Mattingly also asked the court to consider his suggestion to open an RV park at Anderson-Dean. He said another city had installed a RV park for $100,000 and it had paid for itself within a year.

• Approved Mercer County’s 2020 holiday schedule, which will be the same as the state’s except the county will be open during the presidential election.

• Approved an agreement with Kentucky Transportation Cabinet Department of Highways to use $249,782 in discretionary funds to resurface Harvey Pike, Curdsville Road and Williams Lane.

• Approved revising the Mercer County Sheriff’s Office salary cap and transferring $16,000 to miscellaneous. The budget amendment will allow the sheriff’s office to use money left over for salaries after two recent retirements to buy a 2013 SUV.

• Heard a request from Mike Cooley to install streetlights on East Office Street. Cooley said someone had broken into his shop, but sheriff’s office had recovered some of the stolen property. Judge Dedman said the county does not install street lights. He said the logical thing would be for City of Harrodsburg to annex the property and extend streetlights. He said he would talk with Mayor Freeman about it.

The Mercer County Fiscal Court will meet next on Monday, Dec. 30, at 10 a.m. The fiscal courthouse is located at 207 West Lexington Street.